The office remains a crime scene Tuesday night. And investigators are interviewing dozens of witnesses who were here working when the shooting took place.

Both were found with gunshot wounds. Neither identities have been released.

Commissioner Price says he believes the man got in through an employee entrance. The sheriff’s office has not confirmed that. The commissioner said the lobby does not have metal detectors.

"This is a secure facility. I have all access. I can’t get past the front. I don’t want to make too much he got in. He could have stood in the parking lot and had the same objective," he said. "You can have the best security in the world, and you can’t stop people who are determined whatever evil they are going to carry out. He could’ve sat in the parking lot and done the same thing. He knew where she worked."

The Dallas County Sheriff’s Office says the call came in at 4:45 p.m. to shots fired inside the ME’s office. 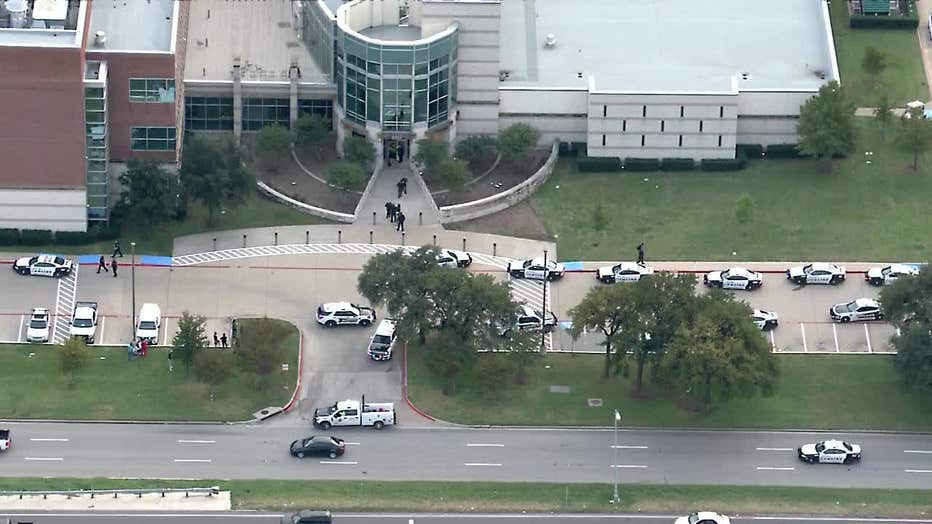 Dallas police, sheriff’s deputies and county marshals responded to an active shooter investigation and immediately evacuated the office as well as the county health department next door.

"We responded to an active shooter situation here," said Dallas County Sheriff Marian Brown. "We got here, and two subjects were deceased. We are not looking for any suspects at this time. The community doesn’t need to be alarmed. There is no suspect at large."

We did see deputies taping off a white vehicle in the parking lot here at the ME’s office. It’s unclear who the vehicle belongs to.

The Dallas County Medical Examiner’s Office is a 24/7 operation. Since the building is a crime scene, all operations for the night are moving to the county health department next door.