DALLAS - Police are looking for three people involved in a hit-and-run crash that killed an 82-year-old woman.

It happened around 11 a.m. Monday on Royal Lane near Marsh Lane in northwest Dallas. 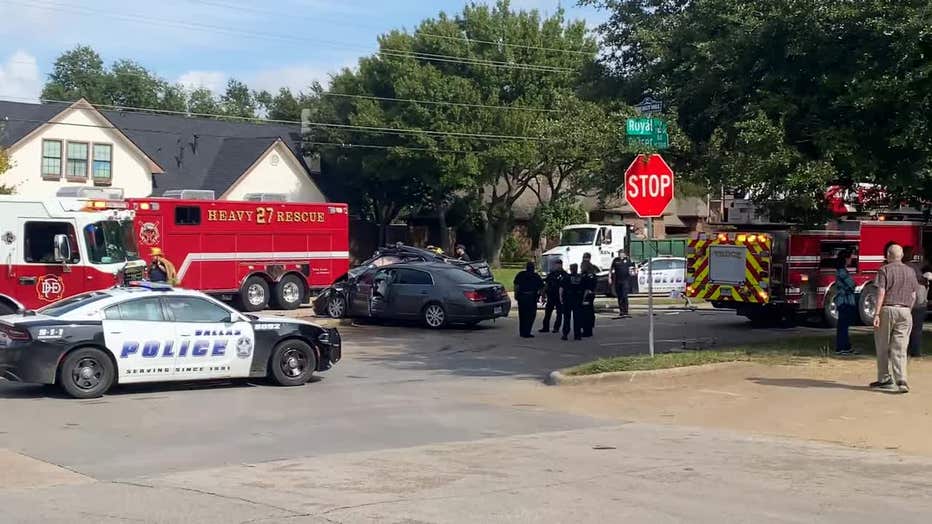 Witnesses told police the driver of a gray 2005 Toyota Avalon, who appeared to be a teenage boy, ran a stop sign and slammed into the victim’s car.

The car had the Texas license plate PKH5392.

He and two young female passengers got out of their wrecked car and ran.

They left behind a 13-year-old girl who was pinned inside the car. She was taken to the hospital in serious condition.

Police released photos of the suspect and the passengers on Tuesday afternoon.

The witnesses who stopped to help the victims also tried to stop the suspects from running away, but couldn't.

Dallas police hope to question the 13-year-old and use vehicle registration information to locate them.

The elderly woman’s name has not yet been released