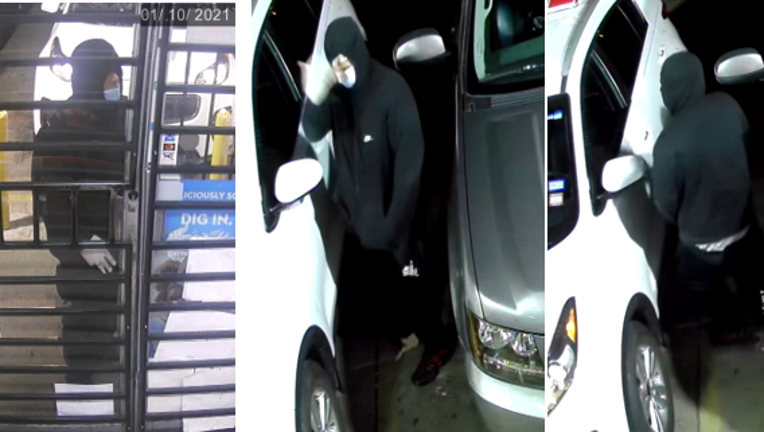 DALLAS - Dallas police released photos of the man who robbed a pizza delivery driver at gunpoint.

The holdup was 10 days ago at an apartment complex on Pear Ridge Drive near the Dallas North Tollway and President George Bush Turnpike in far north Dallas.

The robbery suspect pointed a gun at the driver and demanded money. He then got into her car and forced her to withdraw money from an ATM at gunpoint.

The victim was able to escape about an hour later by jumping out of her Kia Sportage in a store parking lot. She ran into the store and yelled for help, police said.

The suspect was later spotted on surveillance video wearing red and black shoes. He had a distinct logo on his right pants leg.

Dallas police are hoping someone will recognize and help identify him.

Anyone with information should call Crime Stoppers at 214-373-8477.  Tipsters can remain anonymous and may be eligible for a reward.

RELATED: Pizza delivery driver manages to escape after being kidnapped, robbed at gunpoint in Dallas