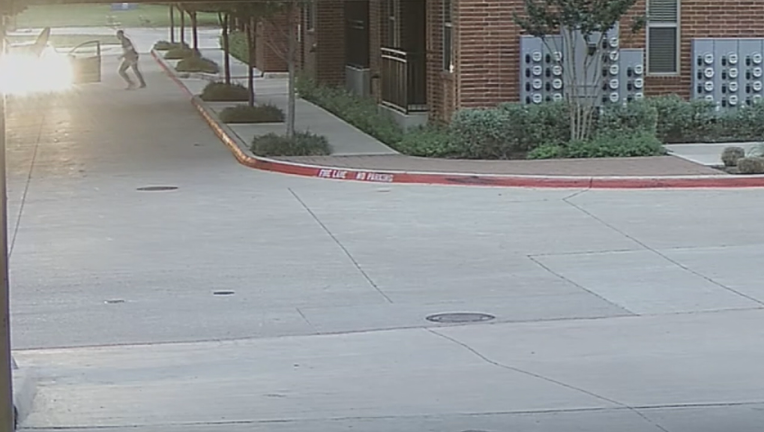 GRAPEVINE, Texas - Grapevine police have released surveillance video of this week's attack and carjacking of an Uber driver.

The video shows the driver pulling into an apartment complex.

During the attack, the driver quickly jumps out of his car to get away, but as he realizes his passenger-turned-attacker was getting into the driver seat, he goes back after his car.

This happened just before 7 a.m. Thursday, at the Amli Apartments in the 400 block of Dallas Road.

After scuffling with the driver, the attacker took off. The vehicle was later abandoned in Colleyville.

Grapevine police said they have identified the attacker. There is an aggravated robbery warrant out for Cesar Antonio Soto, of Lewisville.

Anyone with information on Soto’s whereabouts is asked to call Grapevine police.