An abuse case at a McKinney daycare led a mother on a mission to try and change the law.

PLANO, Texas - An abuse case at a McKinney daycare led a mother on a mission to try and change the law.

She worked with a local lawmaker on bills to bring better access for parents. Two of those bills have moved forward in the Texas Legislature.

Texas Representative Scott Sanford represents parts of Collin County. He says the bills will make sure facilities are diligent in their hiring and parents have the information they need when they send their kids off to daycare. 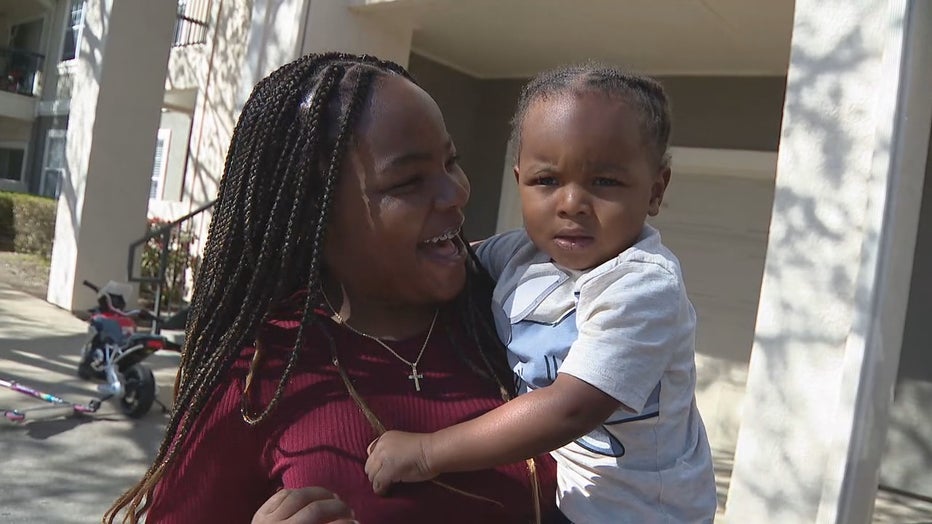 Plano mom Ariel Murphy, a mother of four, says she wants to make sure what happened to one of her children doesn’t happen to any others. She says she’s still dealing with the emotional trauma two years after her baby boy was abused inside his own daycare. But her determination for change went from a quick internet search to now a bill that is one step closer in the Texas Legislature.

Murphy teamed up Sanford, who drafted two bills which would create a strict vetting process for child-care workers.  Both were read for the first time in committee Monday afternoon.

HB 4169 would create an employee database to reveal whose record is clean.

"It doesn’t have to be my child for it to affect me," Murphy said. "It did wake me up now that it was my child."

"It was not a great experience at all," Murphy said. "And even trying to find out what happened to my child, I couldn’t even piece that together."

But Murphy says she was unable to see the surveillance herself for more than a year. In horror, she watched Wiese shake and hit Kairo, which left him with more than a dozen fractures all over his body.

Wiese is currently serving 20 years after being convicted on eight counts of injury to a child.

MORE: State representative among those calling for more to be done to protect kids at childcare centers

"Unfortunately, some things have to be put into place so that we know all of you all are being held to this standard," Murphy said.

Kairo is now 2 years old and is enrolled at a different daycare.

Murphy says she must go to work to provide for her four children and the fear continues to sit in the back of her mind.

"I have a long road of emotional healing ahead of me, and it’s a lot of things I am still dealing with today," she said.

Murphy says she also wants to see legislation where daycare workers must be drug tested. Her attorney says they do have a civil lawsuit filed against the owners of Joyous Montessori.