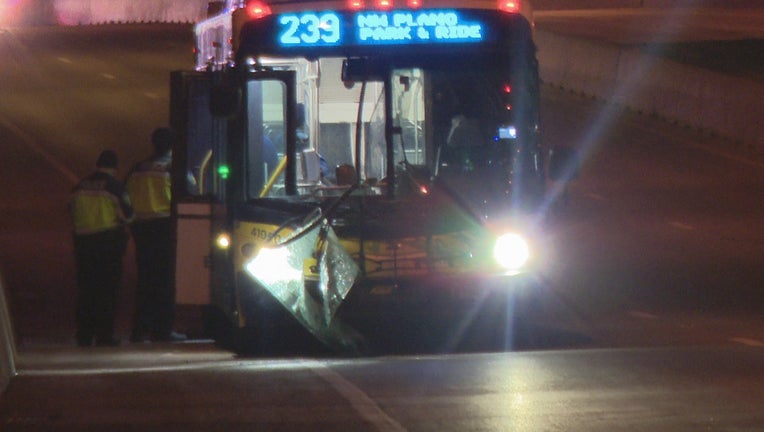 DALLAS - A pedestrian was hit and killed by a Dallas Area Rapid Transit bus near Downtown Dallas.

DART police said the victim was hit just before midnight Thursday along the Dallas North Tollway near the Maple Avenue bridge.

It’s not clear if that person was trying to cross the street or possibly walking in the roadway.

The pedestrian, whose identity hasn’t yet been released, was pronounced dead at the scene.

The collision shattered the bus’s windshield but no one on board was hurt.