The dramatic rescue video from the morning of Jan. 30 fire was just released gives us an up-close look at the heroes who saved a 15-year-old boy’s life.

FRISCO, Texas - First responders from Frisco rescued a teenager trapped in his home by smoke and flames from a kitchen fire.

The dramatic rescue video from the morning of Jan. 30 fire was just released gives us an up-close look at the heroes who saved a 15-year-old boy’s life.

Within just three minutes of getting the call from dispatch, Frisco police officers were shouting at the front door to the teen they knew was trapped somewhere upstairs.

Video shows the officers trying the garage door, but they still could not get to him. So they moved to the backyard. 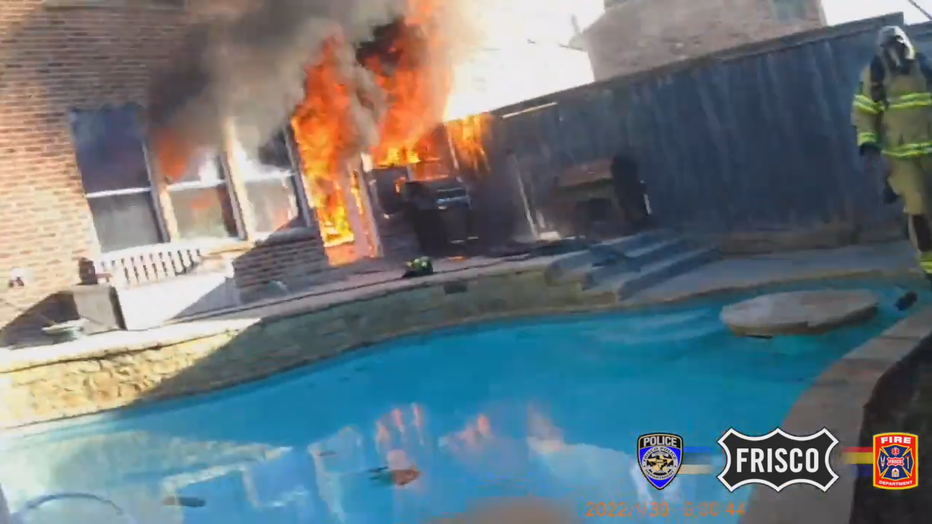 The officers quickly found the teen as Frisco firefighters arrived at the scene with a ladder ready to go up.

Firefighters carried the teen to safety as flames were shooting through the window. At that point, the fire was so intense that there was no way out except to knock down a fence.

It all happened in a matter of six minutes from the call for help to the rescue and recovery in the front yard.

"This rescue demonstrates the commitment our firefighters have to save lives under the most dangerous conditions," said Frisco Fire Chief Mark Piland. 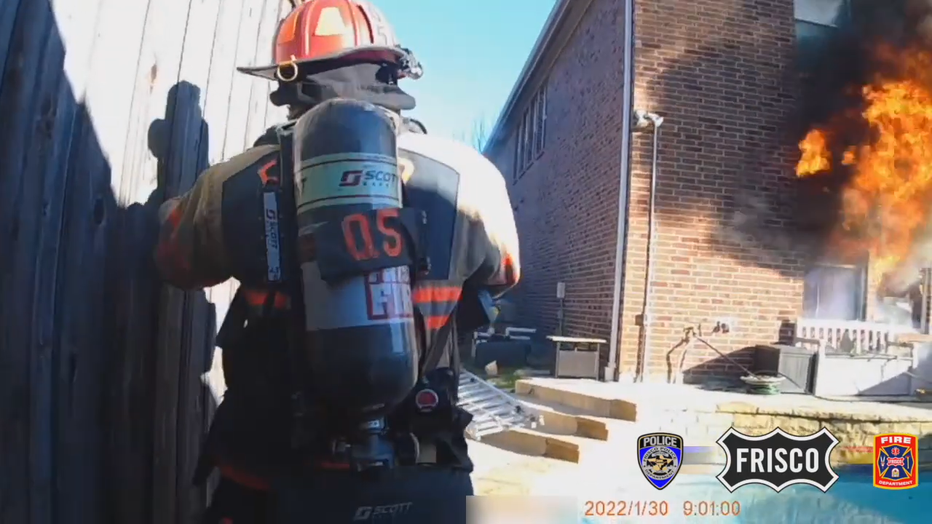 "This incident is a great demonstration of the collaboration between our police and fire departments, who train tirelessly in the interest of Frisco’s public safety," said Frisco Police Chief David Shilson.

The boy was transported by Frisco FD EMS and released from a local hospital the same day.

Investigators believe the fire started in the kitchen, but the cause of the fire is still under investigation.

The dispatchers, responding officers and firefighters will be formally recognized in an upcoming ceremony.