Friends and family of Atatiana Jefferson paid tribute to her life and legacy Saturday by holding a parade march through downtown Fort Worth.

FORT WORTH, Texas - Friends and family of Atatiana Jefferson paid tribute to her life and legacy Saturday by holding a parade march through downtown Fort Worth.

It was hosted by the Atatiana Project, a non-profit run by Jefferson’s siblings.

It’s been nearly two years since Atatiana Jefferson was shot and killed at her mother’s house by a former Fort Worth police officer.

"It’s not an anniversary, because that’s too celebratory. It’s an awareness of the fact that it’s been two years and there’s been no justice since we don’t want to forget her. We want to remember her," James Smith said.

Smith lived next door to the home where Jefferson was fatally shot.

He made a non-emergency call about the front door being open late at night.

When an officer arrived, Jefferson grabbed her gun thinking she heard a prowler. She was killed seconds later when former officer Aaron Dean fired at her through a window.

"I have 27 windows in my home, and ironically, every time I pass one I think of Atatiana’s window," Smith said.

But the focus of Saturday morning’s parade was to remember Jefferson. 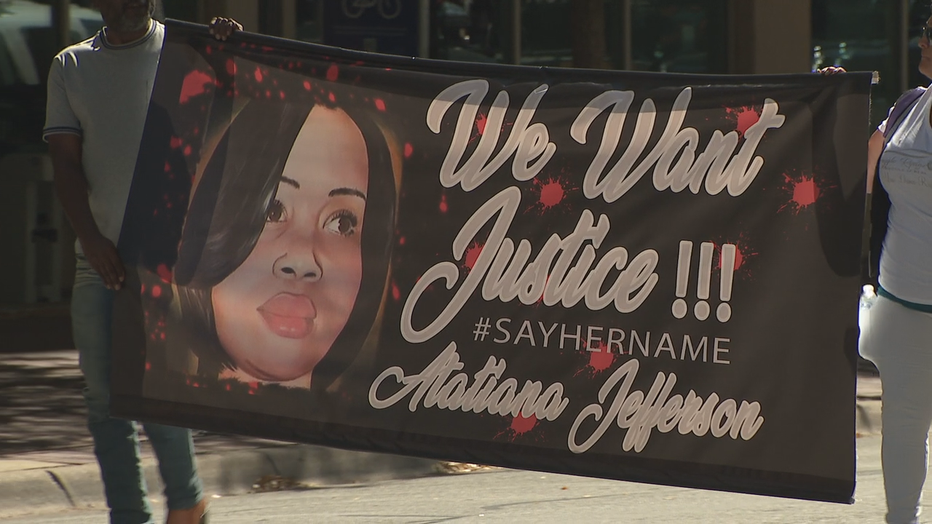 RELATED: Fort Worth officer fatally shot woman inside her home while she was watching 8-year-old nephew

On Saturday, Jefferson’s family was reminded they have a support system, as hundreds of people walked to remember her.

Funeral services held for woman killed by Fort Worth officer