AUSTIN, Texas - A portrait of Opal Lee, the ‘Grandmother of Juneteenth’, will permanently hang in the Texas Senate Chamber.

The commissioned portrait of Lee, who spent years calling for Juneteenth to become a national holiday, will be unveiled on Feb. 8.

"This will be a historic and significant day in the history of Texas and for the Texas Senate," said State Senator Royce West in a news release. 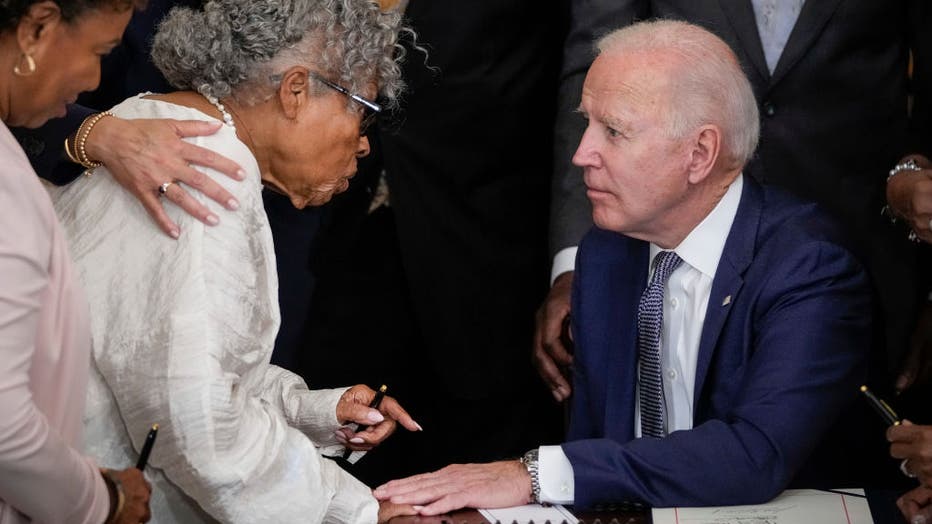 Opal Lee's portrait will be the second to honor an African American Texan.

Former Texas Senator and U.S. Congresswoman Barbara Jordan's portrait went up in the Senate Chamber in 1973.

The idea to hang Lee's portrait came at the suggestion of Texas Lt. Gov. Dan Patrick.

Lee was nominated for the Nobel Peace Prize in 2022 and is a driving force behind bringing the National Juneteenth Museum to Fort Worth.