In a special forum Wednesday, the 95-year-old trailblazer talked about her dream becoming reality.

FORT WORTH, Texas - A new national museum being built in Fort Worth will mark a milestone in Texas and American history.

In a special forum Wednesday, the 95-year-old trailblazer talked about her dream becoming reality.

Inside a UT Arlington lecture hall, college students hung on her every word, including her description of witnessing President Joe Biden sign into law the national Juneteenth holiday.

"To see him sign that bill into law and hand me that pen, I could’ve done a holy dance," she said. 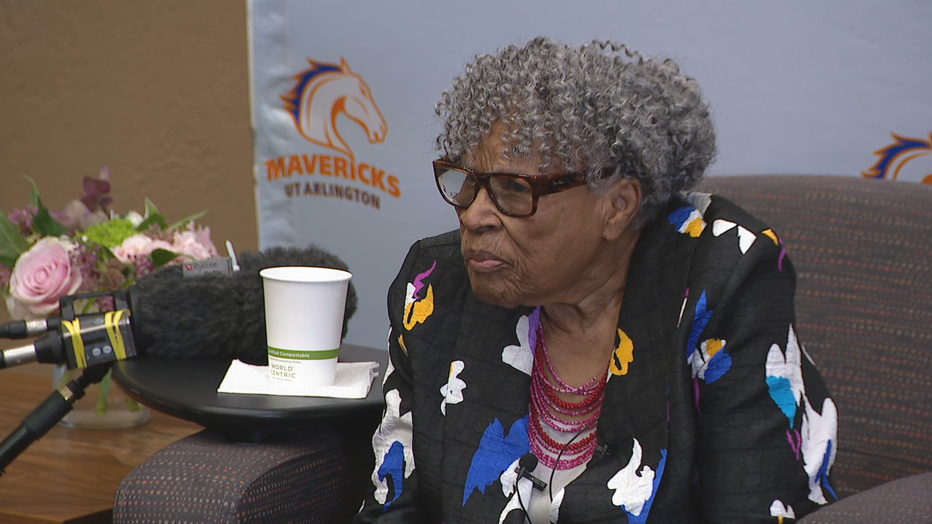 An honorary degree holder, the now Dr. Opal Lee, in typical fashion, took listeners on a journey not only into her past, but also the future.

"Oh man, Fort Worth is going to be a mecca," she said.

She is a pivotal player with plans for a National Juneteenth Museum in Fort Worth’s historic southside neighborhood, opening in 2024. She said it’s just the beginning.

"There’s another group doing an African American museum, and there’s still a third group called 1012 North Main Street. I’m a part of that one too. I’m a part of all three," Lee said.

"Reminiscent of my grandmother, I guess is the best way to say it. She had the same experiences as a person who picked cotton, sacrificed for their family, and wants to see future generations do better," UTA senior Charles Gray added.

She is continuing her journey and charging college students to get busy.

"I’m going to encourage you young folks, just like you, to take up this torch and do something about what’s going on in our world," she said.

National Juneteenth Museum to be built in Fort Worth