'One of the greatest honors': Opal Lee celebrates Nobel Peace Prize nomination despite not winning award

Fort Worth's Opal Lee known as "The Grandmother of Juneteenth" was not selected as the winner of the Nobel Peace Prize this year.

FORT WORTH, Texas - Fort Worth's Opal Lee known as "The Grandmother of Juneteenth" was not selected as the winner of the Nobel Peace Prize this year.

Lee, who spent years attempting to get Juneteenth, the day in 1865 that slaves in Texas found out they had been freed, recognized as a federal holiday was one of more than 300 nominees for the award.

Early Friday morning Opal Lee and a small group of people watched the results at Paris Coffee Shop in Fort Worth.

"I want to thank the Norwegian Nobel Committee for consideration," said Lee in a speech following the announcement. "Just being nominated is one of the greatest honors and says WE have a chance to sit at the table."

"I hope that the last few years of my life are an example for young people, not just in Fort Worth, but all over, so that they know they can do anything at any age," she continued.

"Just because I wasn't selected doesn't mean the work is done," Lee said. "We will continue walking and talking and showing others how important conversations like Juneteenth are to history and change."

President Joe Biden invited Miss Lee to the White House for the ceremony where the Juneteenth National Independence Day Act was signed into law in 2021. 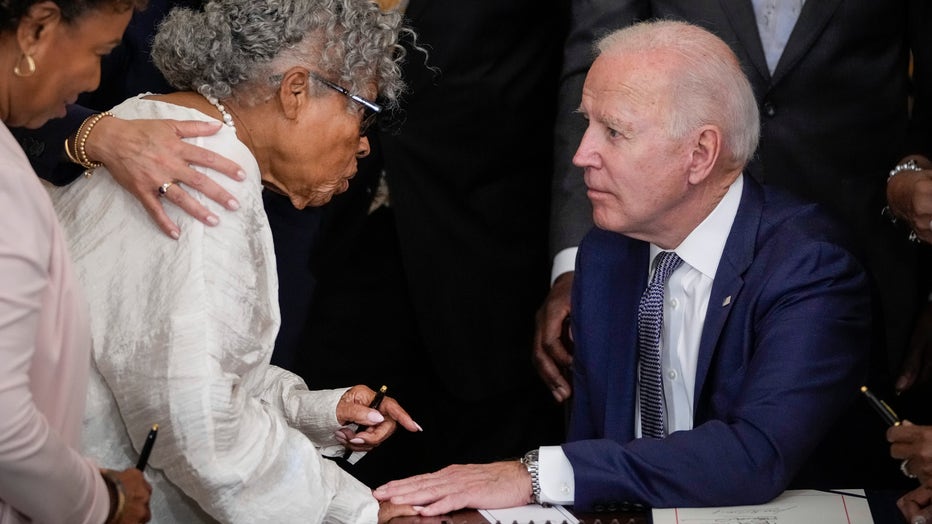 Lee is also a pivotal player in the National Juneteenth Museum in Fort Worth’s historic south side neighborhood, opening in 2024.

Lee was nominated for the Nobel Peace Prize by Fort Worth Congressman Marc Veasey. 32 other members of Congress signed on to the nomination.

But Lee is not resting. She’s continuing her birthday celebration with a weekend of service.

"We will continue to celebrate all weekend," she said. "So come walk with me tomorrow from the food bank to the farm." 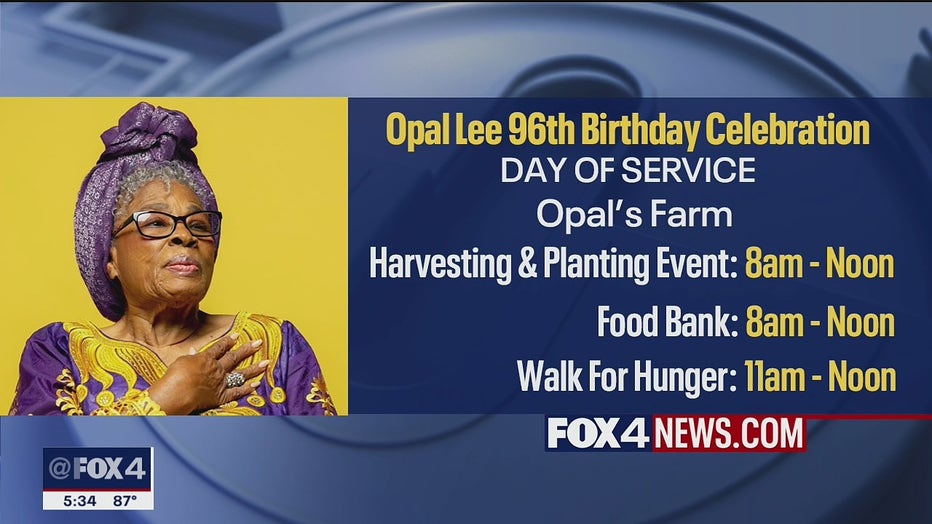