After years of persistence and hundreds of miles walked, 94-year-old Opal Lee's mission to make Juneteenth a federal holiday has become a reality. She was even able to see her hard work brought to life in person.

WASHINGTON, D.C. - A journey that began in Fort Worth finally reached the White House.

After years of persistence and hundreds of miles walked, Lee was able to see her hard work brought to life in person. 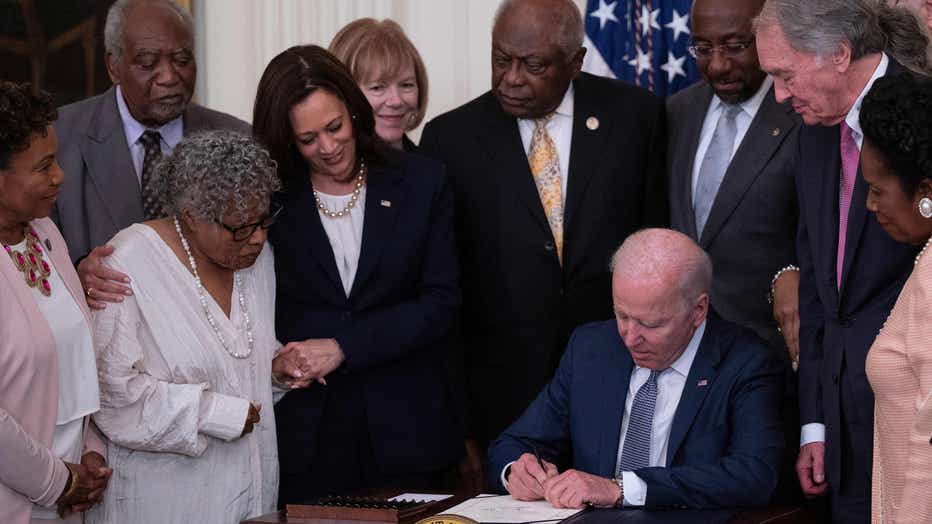 US Vice President Kamala Harris and Opal Lee (2nd L), the activist known as the grandmother of Juneteenth, watch as US President Joe Biden signs the Juneteenth National Independence Day Act, in the East Room of the White House, June 17, 2021, in Wash

The White House invited Lee to President Joe Biden's Juneteenth bill signing officially making June 19 a national holiday. On that day in 1865, the final enslaved African Americans were granted freedom all the way in Galveston.

With a few hours’ notice, Lee made the trip from Fort Worth to the White House. She got a special greeting from President Biden before some special remarks.

"We are here to witness President Joe Biden establish Juneteenth as a national holiday," said Vice President Kamala Harris. "We have come far and we have far to go, but today is a day of celebration."

Harris was followed by President Biden, who spoke about acknowledging the past before making the newest federal holiday official.

"I had the honor of meeting her a year ago. She told me she loved me and I believed her," Biden said about Lee. "Ms. Opal, you’re incredible. A daughter of Texas!" 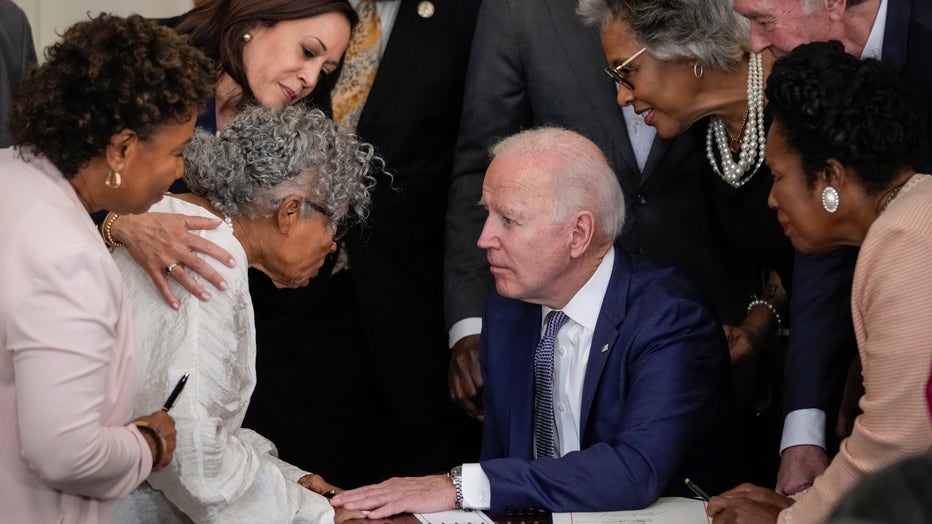 Lee’s past helps explain her passion. In 1939 when she was just 12 years old, a white mob burned her family’s home to the ground. Ironically, it happened on June 19.

Later, Lee became a teacher and counselor in Fort Worth. She also worked with the Tarrant County Black Historical Genealogy Society, which put together Juneteenth celebrations in the 70s.

Fast forward to 2016, at 89 years old, Lee expanded to her annual walk campaign. The petition drive secured more than a million and half signatures for a national Juneteenth holiday, which she delivered to then-President Barack Obama.

Now, Lee’s dream is realized: Juneteenth is a national holiday. 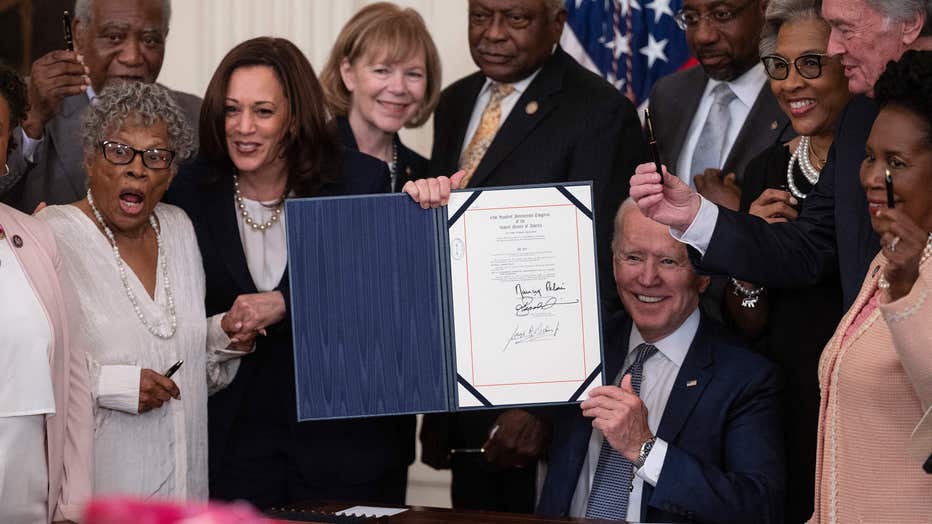 US Vice President Kamala Harris and Opal Lee (2nd L), the activist known as the grandmother of Juneteenth, watch as US President Joe Biden holds the signed Juneteenth National Independence Day Act, in the East Room of the White House, June 17, 2021,

FOX will provide a live stream of Opal Lee's walk this Saturday beginning at 10 a.m. You can watch the event on FOX Soul, which is online and available through Tubi, Roku, Amazon Fire TV and other service providers.