With most schools closed for Thursday, parents and students are now waiting to hear whether schools will be closed on Friday, too.

DALLAS - Nearly all North Texas school districts, including Dallas and Fort Worth ISD, announced they will be closed on Thursday because of another icy winter storm.

Now, parents and students will be waiting to hear whether schools will be closed on Friday, too.

Like most districts, Dallas ISD says a decision about Friday hasn’t been made yet. 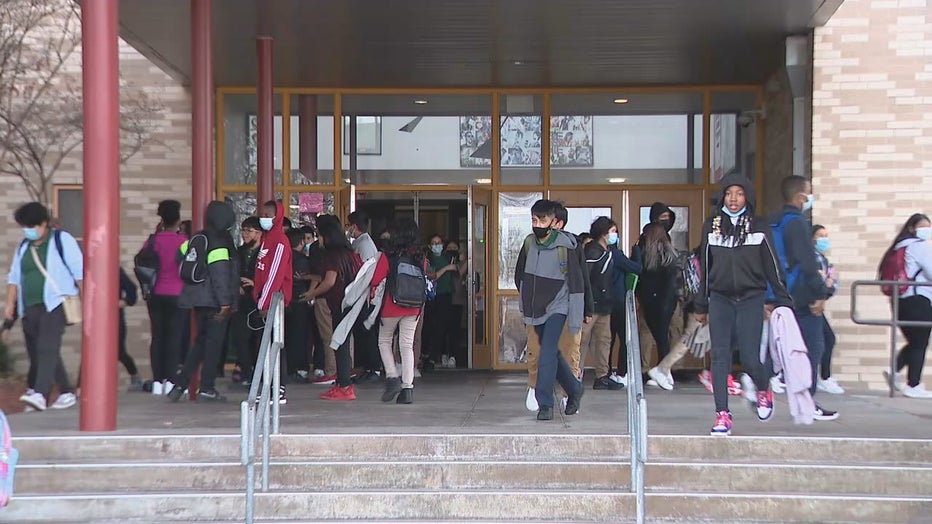 "I would imagine mid-day again we’re going to do our best to make sure that we can share out to families what that plan looks like going into Friday," said Dallas ISD spokesperson Robyn Harris. "And if we’ve got to look at another school closure, we’ll make sure that we’re prepared."

Several smaller school districts shut down on Wednesday ahead of the storm. Others closed early for the day, but most opted to hold classes and close schools for Thursday.

Parents who dropped off their kids at Jack Lowe Sr. Elementary School in Dallas approved of Dallas ISD's decision.

"That's a good idea because it's dangerous. You know, they said it might rain and it might get freeze," said Lorenza Aviles, the mother of a fourth grader. "That way my kids can be warm at home and we can stay safer."

"I'm happy because there's not gonna be school and I have good grades," said Yaritzel Aviles.

School districts are watching the forecast closely as a winter storm arrives in North Texas and conditions are expected to worsen. Dallas ISD spokeswoman Robyn Harris talked to FOX 4 about the criteria for closing schools because of ice and snow.

"We have a long drive, we don’t live around here, so it’s - for me, it’s better to be safe than sorry. The roads can get pretty bad," Zuleika Arzata said.

"I was a little relieved because I’m going to have to make a long commute back to Lancaster, it’s already gonna be pretty epic getting back home," said Chastidy Russell.

Parents at Carr Elementary in West Dallas picked up their kids early to try and get a head start home.

Nearly all North Texas school districts, including Dallas and Fort Worth ISD, announced they will be closed on Thursday because of another icy winter storm.

In its closure announcement, Dallas ISD did offer parents the opportunity to pick up children early. Some said the road conditions were already deteriorating Wednesday afternoon.

"Lot of wrecks on the way, I saw over ten wrecks. I always drive with caution as it is. Drive slow, take it slow," said Quentin Moore.

Dallas, Fort Worth and other major districts canceled all after-school activities, including sports for Wednesday afternoon.

Fort Worth ISD sent a note to parents letting them know they could pick up their children early on Wednesday if they wish.