Valentin and Tatyana Sviontek, missionaries who’ve been in Ukraine for 25 years, said they’ve been working with different groups to assist refugees and ones victimized, including women to sexual assault.

A married couple that has been missionaries in Ukraine for 25 years is speaking of their hometown being attacked and what Ukraine’s president is calling "atrocities" by Russian soldiers.

These missionaries have ties to North Texas, with family living here and they work closely with Gateway Church in Southlake.

Cutting off limbs, throats, even raping women in front of their children.

"The horror of execution. The rape," Valentin Sviontek said.

"There’s been a lot of raping going on by Russian soldiers," Tatyana Sviontek said. 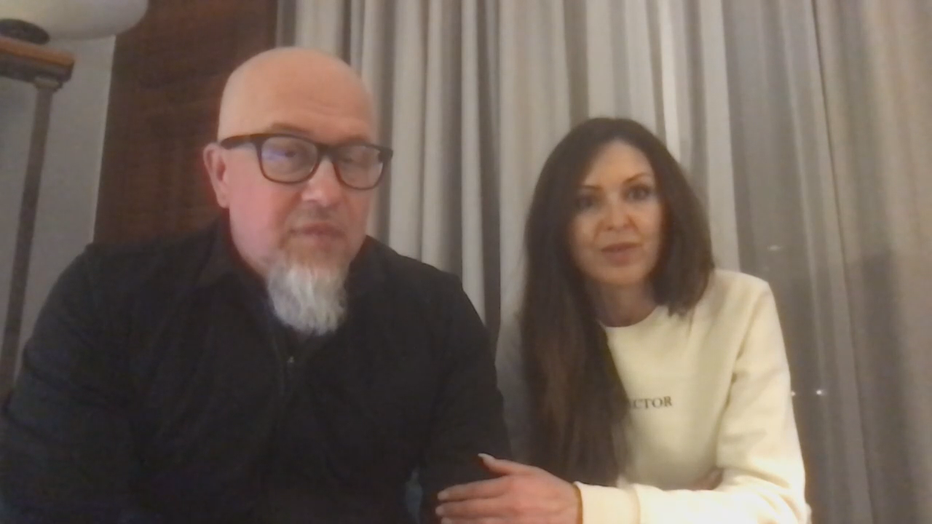 Valentin and Tatyana Sviontek said they’ve been working with different groups to assist refugees and ones victimized, including women to sexual assault.

They were living in Odessa, Ukraine, near the Black Sea, which is five hours south of the capital of Kyiv.

There were reports of Russian soldiers striking their town this past week. The attack began on the outskirts, with a cloud of smoke surrounding the city. Then, there was an overnight attack in the center of town.

"We were shocked," Valentin said.

Fortunately, the Svionteks fled the city early on in the war to assist the safe passage of refugees to other countries.

They’re trying to keep faith, as are ones remaining in Ukraine.

They provided footage of a worship service happening in Ukraine.

"Praying a lot and hoping that God is going to do a miracle," Tatyana said.

They have many questions, and continue to receive frightening images, like one scene two hours west of their hometown.

"Why this attack happened, why God allowed it, I have no idea. I’m not God," Valentin said.

But in the midst of war, they believe they are united.

"We’re a nation that is fighting for our freedom," Valentin added.