Both the House and Senate bills have bipartisan support.

RELATED: Save Our Stages Act could give much-needed help to struggling music venues

Some have been creative with how to keep the music going, like the Levitt Pavilion.

Still, that doesn’t change the fact that the entire industry could use a big boost.

Singer-songwriter Abraham Alexander belted out an original song Friday during the virtual living room concert series that is being held in lieu of the real thing at the Levitt Pavilion in Downtown Arlington. 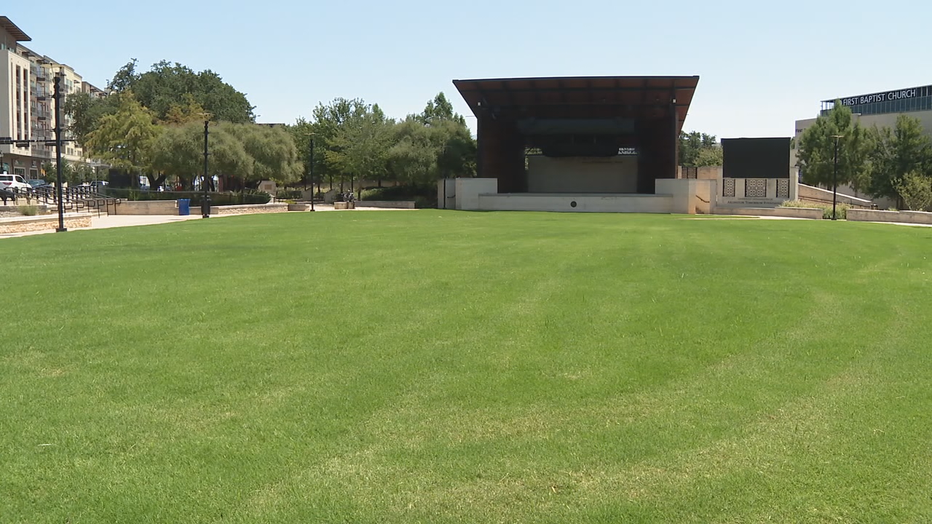 The pavilion is out of commission due to the pandemic.

“We want to keep getting music out there, and we felt it’s part of our responsibility to help pay those artists. So that’s been important to our mission,” said Letatia Teykl, executive director of the Levitt Pavilion.

Teykl is a big supporter of the proposed Save Our Stages Act for federal legislation.

Billy Bob’s recently changed its TABC license to reopen as a restaurant and music venue, to resume live concerts soon.

RELATED: Billy Bob’s in Fort Worth set to reopen next week as a restaurant

“It’s a $10 billion program that allows recipients to pay for necessities, like utilities, rent, PPE, and, maintenance,” Williams said. “It’s vital for these venues were talking about to have a flow of capital during the time when they are shut down.”

The money for live music venues would be allocated as grants through the SBA, much like the Paycheck Protection Program.

Officials with the historic Kessler Theater in Dallas is reiterating what’s become a familiar verse.

“This bill being targeted for our industry would really be a lifeline. We do have expenses every month just to keep the buildings functional. To keep staffing, with minimal staffing and regular utility bills,” Diana Cox explained.

Artists like Monica Saldavar have been able to keep semi productive with virtual events.

The goal is to prepare to crank up the volume and thrive again, they hope with help from the federal government.

“Any kind of funding that would help us as we maintain leading into 2021 would be great. Would be awesome. We’re pulling for it, plus, we all need music,” Teykl added.