Fort Worth's legendary Billy Bob's Texas is getting ready to reopen next week.

FORT WORTH, Texas - Fort Worth's legendary Billy Bob's Texas is getting ready to reopen next week.

It's about to get a new permit to allow it to operate as a restaurant.

It's a move many other establishments are making in order to stay afloat.

Bars are currently closed under the governor’s current orders, but restaurants can remain open at 50 percent capacity.

Billy bob’s Texas in Fort Worth has hosted some of the most recognizable musicians for nearly 40 years. 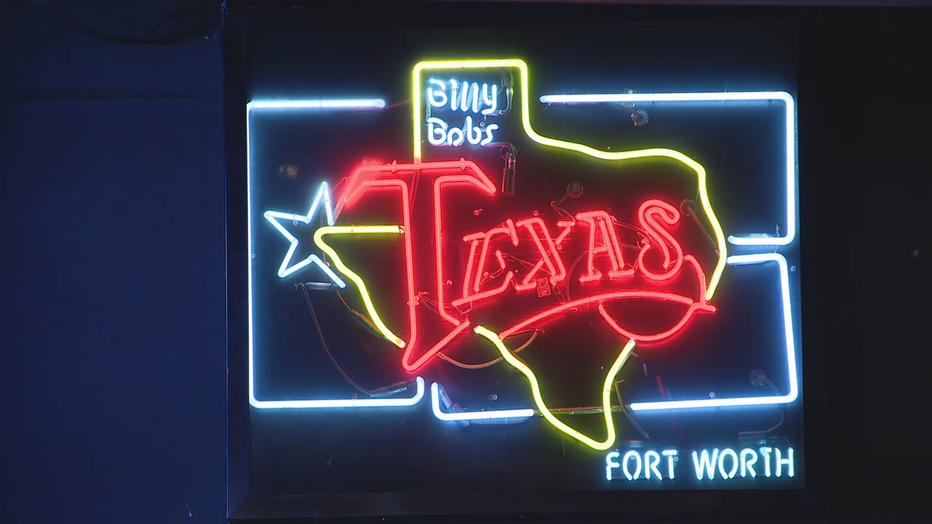 “Now that we’ve got that, we feel we can open safely,” he said.

The TABC says as long as bars can prove that they'll make less 51 percent of their sales from alcohol, they'll be granted a special permit to partially reopen.

Travis says they have permission to group ticket sales and merchandise into its food category, and that’ll eclipse their alcohol sales.

“We’re running about 30-35 percent of our sales as alcohol when you factor in our retail store and our restaurant,” he said.

The TABC did not respond to FOX 4’s request to ask how it plans to monitor situations like this.

Billy Bob’s says it spent $20,000 on a camera/sensor system that checks body temperatures of everyone entering the club.

The location is allowed 50 percent capacity, just like restaurants. But for now, it says it’ll stick to 20 percent.

“I think if I did 3,000 and really tried to max out the system, that would be really foolish of me as a business manager,” Travis said.

Other bars are transitioning to restaurant status, too.

Z Grill and Tap in Flower Mound just opened its doors Wednesday with the same food and beverage certificate.

“We have a big kitchen, so we can do that,” said owner Shawn Mash. “At least I’m open, and I can pay rent.”

Mash says he’s brought to tears daily over how his business has been hit.