A lot of power generators remain offline across the state. The situation is getting so dire that folks are having to get creative.

DALLAS - Hundreds of thousands of North Texans are still without power for the second day in a row on Tuesday and don't know when the lights and heat will come back on.

A lot of power generators remain offline across the state.

The situation is getting so dire that folks are having to get creative.

Some people are going to their cars in order to charge their phones and get warm. Others are lucky enough are checking into hotels.

MORE: Hundreds of thousands without power for second day across North Texas as blackouts continue

For Tracie Brown who lives in an Uptown high rise off McKinney Avenue, the situation has gone from bad to worse.

"I go into the car every couple hours to warm up and charge my devices so I'm not without a device," she said. "Also haven't had water in over 30 hours."

Brown is trying to tough it out in her frigid apartment. She took cell phone video showing where she sleeps.

"I sleep in the guest bedroom because there are no windows. It's really dark and I can try and stay as warm as possible," she said. 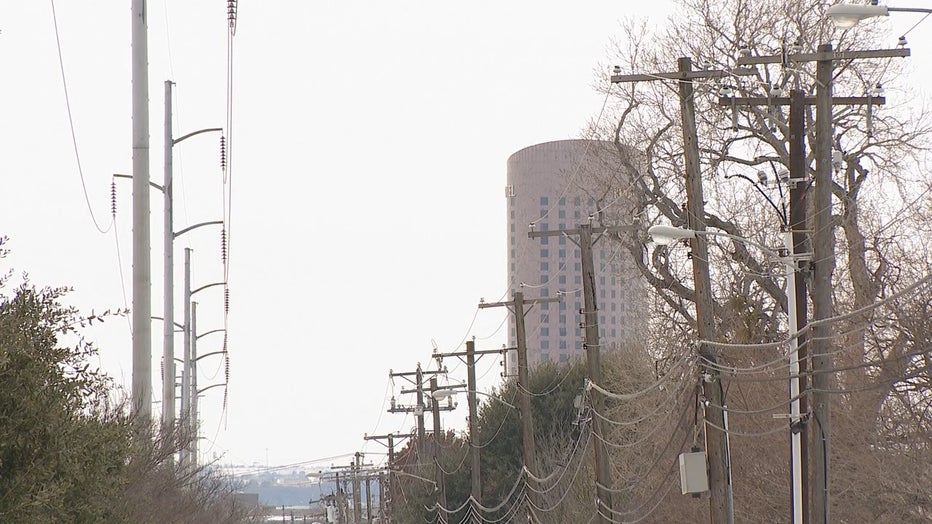 Other folks are trying to find a warm bed.

Skyler Gifford, who lives at The Lucas in Oak Lawn, said his electricity went out Monday afternoon.

"I went into panic mode for a little bit and called one of my friends who are a couple in Deep Ellum and just asked if I could stay," he said. "Lucky enough, I was able to stay in their guestroom. Yeah, power is still out this morning and into this afternoon."

Others scooped up limited hotel rooms.

Eric Betley and Melissa Renee checked into the Omni in Downtown Dallas. The power at their place has been out since Monday morning.

"We were one of the fortunate ones to get a hotel, from what I hear from coworkers," Betley said. "Hotel rooms are hard to come by right now. A lot of people are scrambling to find availability wherever they can."

Hotels across downtown all appear to be booked for the next few days.