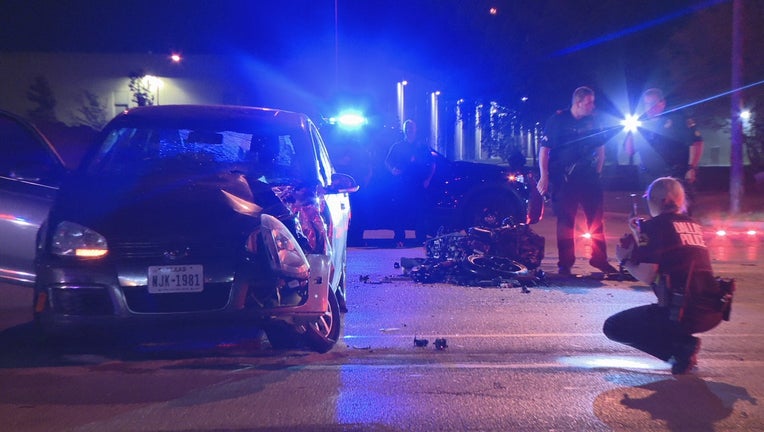 DALLAS - Police are investigating a fatal accident that involved a motorcycle in southeast Dallas.

The crash happened just after midnight near Buckner Boulevard and St. Francis Avenue.

Dallas police said a car pulled into the path of a motorcycle. The motorcyclist was thrown off his bike after hitting the front of the car.

He was taken to the hospital but did not survive.

The woman driving the car was not hurt.

Police are still investigating the factors that led up to the crash.