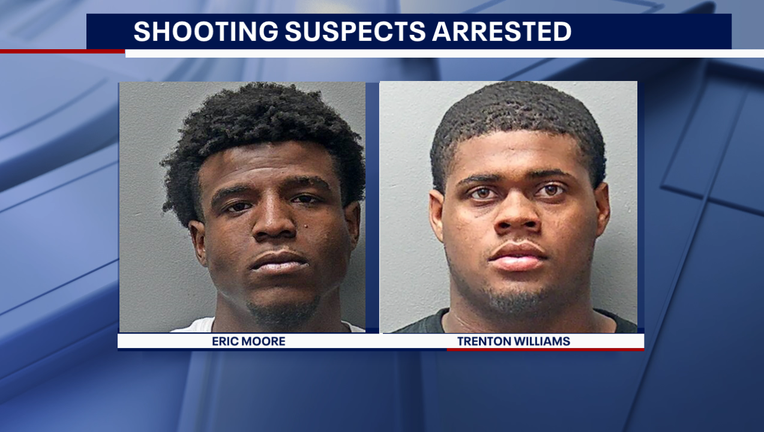 FORT WORTH, Texas - Two Fort Worth shooting suspects were arrested after police say they caught the men vacuuming shell casings at a car wash.

The shooting happened on April 4 on Meadowbrook Boulevard. A nearby narcotics officer heard the gunfire and then found a shooting victim. Details about his condition have not been released.

Cameras helped track shooting suspects Eric Moore and Trenton Williams at a nearby carwash while trying to clear the shell casings from the car they were in.

They both face aggravated assault charges.

Moore is also charged with tampering with evidence.