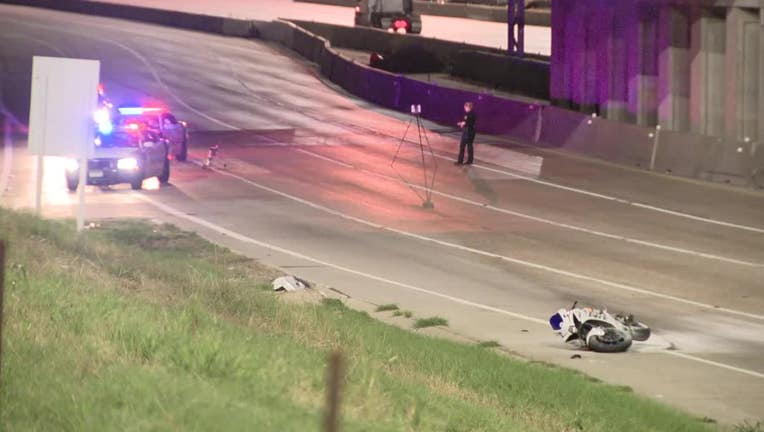 DALLAS - Part of a Dallas highway was closed for hours Saturday night while first responders investigated a crash involving a motorcycle and two cars.

Police said the crash happened just before 9:30 p.m., along 635, near Royal Lane in the Lake Highlands area of Dallas.

The motorcycle driver was injured and taken to a local hospital in stable condition, police said.

No further details were released as police continue their investigation.