Four Fort Worth firefighters were injured after one of their fire engines flipped over and was damaged in a crash early Saturday morning.

FORT WORTH, Texas - Four Fort Worth firefighters were injured after their fire engine flipped over on its side and was damaged in a crash early Saturday morning.

The Fort Worth Fire Department said the firefighters were responding to a house fire when the rollover crash happened.

All four inside were taken to a hospital. They have since been treated and released from the hospital. 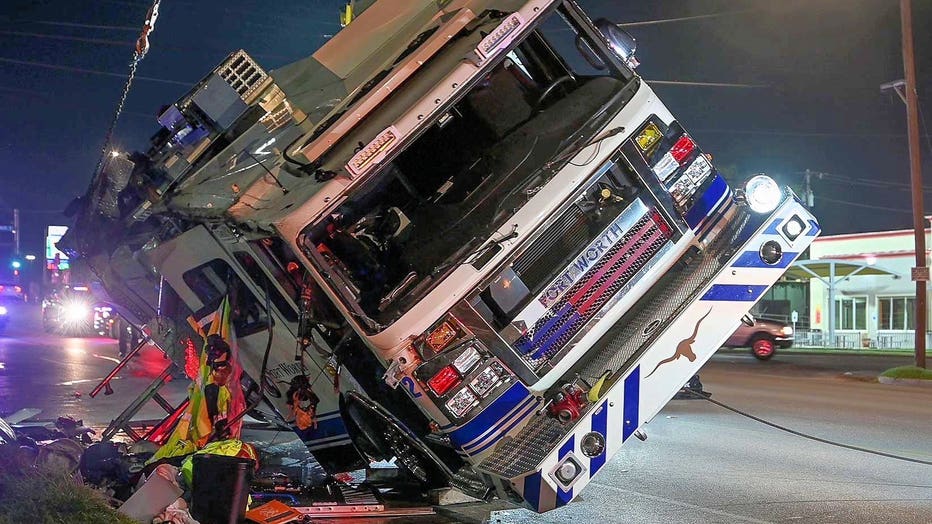 READ MORE: Man wanted by FBI for murders in South Carolina caught in Fort Worth

No other vehicles were involved in the crash.