Dozens of families in Midlothian came together this holiday to help a special education teacher receive new prosthetics. She realized she needed help after encouraging her students to advocate for their own needs.

Jennifer Campbell said it wasn’t easy revealing her need for help. But seeing her student, who is also an amputee, gave her a motive to set the right example.

But an unusual and fast reaction to a simple case of the seasonal flu sent her to the intensive care unit. Doctors gave her a 10% chance of survival.

"He leaned over and said, "What do you want to do, Jennifer? Do you want a life or limb?’ I chose a life," she said.

Over the following year, every one of Campbell’s fingertips were amputated. And in addition to losing her right foot, her left foot was also amputated.

"My first instance of needing to figure something out I had dropped a penny on the floor. Something so simple but without fingertips I could not pick up the penny. I was alone and started to cry. I told myself, Jennifer, just find another way. I looked on the counter and there was an envelope," she said.

Finding another way has become her life’s motto.

"I took that envelop and scooped up the penny and that was a defining moment for me," she said.

It’s also a motto she teaches her students at J.R. Irvin Elementary School, especially one who also recently became an amputee after an accident. 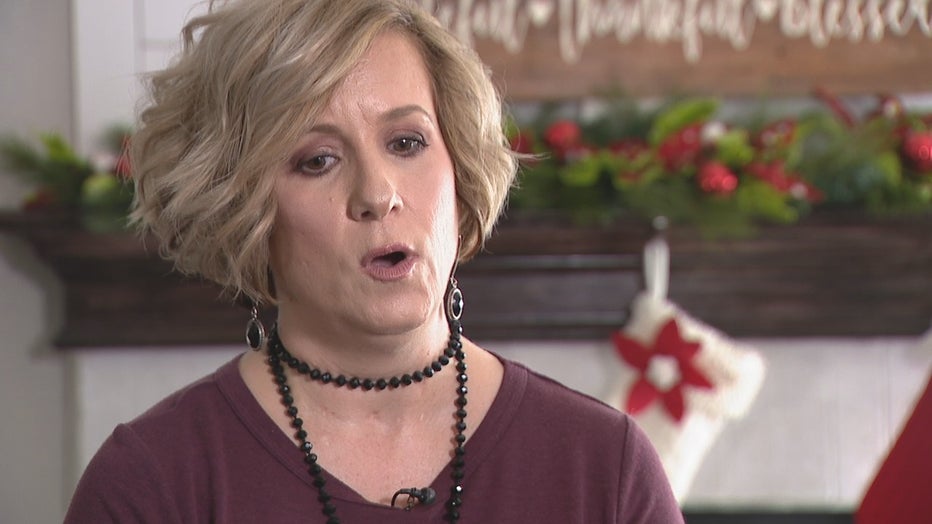 "Recently I have taught him how to advocate for himself," Campbell said.

That lesson came back to her as she dealt with her aging prosthetics that often fall off when she walks.

"Within 10 minutes of a hard phone call of prosthetics being denied for the third time, I was in my wheelchair and this young student waved at me," she said.

"They told me over the phone a prosthetic is not a need. It’s a want. You can just use your chair," she said.

After reading her story on social media, the community came together with 175 families raising $51,000 in five days to get Campbell new prosthetics.

"It has been the best Christmas gift I have received," she said.

But her fight is not finished.

"I said I want lawmakers to use their chair and put an end to discrimination against the handicapped community," she said.

Her goal is to advocate for new legislation that will prevent insurance companies from denying prosthetics or medical treatments that are prescribed by doctors.

And since she received nearly double the amount she needed for her new prosthetics, she is also setting up a nonprofit to help provide prosthetics to other amputees.

Just learning how to pick up a penny has taught her far more.

"Finding another way," she said.