The mother of a 2-year-old killed by a suspected drunken driver said she hasn't told her other daughter that her baby sister isn't coming home. Her husband also spent Christmas in the hospital while the man accused in the crash was home with his family.

FORT WORTH, Texas - A Fort Worth mother has a message for the suspected drunken driver who killed her 2-year-old daughter.

Brooklyn Pierite said her family was headed home on Interstate 20 last week when that suspected drunken driver hit them.

She remembers seeing the Mazda driving erratically before slamming into them, causing their truck to flip over a guardrail.

Pierite has broken ribs, a collapsed lung, bruises, and gashes across her body because of the crash.

Her husband, Joshua, is still in the hospital with a crushed femur. It will likely be months before he will be able to walk again. 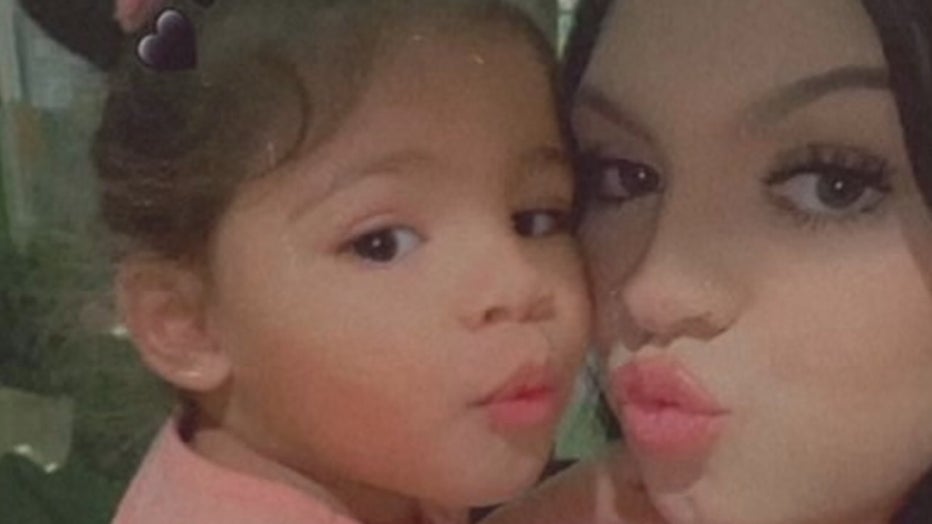 Her 4-year-old daughter, Aubrey, had only minor injuries but her 2-year-old, Milania, died after being in a coma for two days.

Police arrested 25-year-old Tyler Hampton and charged him with three counts of intoxication assault with serious bodily injury. He was released on bond.

Now that Milania has died, Arlington police said they’ll upgrade a charge to manslaughter and arrest him again.

"Why are you free right now walking the streets and my baby’s in a morgue?" Pierite asked. "Why did you get to spend Christmas with your family and my baby’s gone? My baby is dead. My family was in the hospital for Christmas, you know."

An Arlington mother has a message for the suspected drunken driver who killed her 2-year-old daughter. FOX 4's Shannon Murray has the story.

The family will be out of work for several months as they recover.

They’re raising money for their medical and funeral expenses.

They’re also planning a walk in Milania’s memory. Her memorial service will be some time next week.