Chief David Gill says the death of Ofc. Richard Houston, who was gunned down December 3, has ultimately brought the department together.

MESQUITE, Texas - The Mesquite chief of police says losing an officer violently was something he never imagined.

Chief David Gill says the death of Ofc. Richard Houston, who was gunned down December 3, has ultimately brought the department together.

"It's daily that we think about it," Gill said. "It has brought them to a position where they rely on each other a little bit more. So I think… in that regard it's been beneficial to us."

Gill has been chief for just two months when the fatal shooting occurred.

"That was a huge challenge to my leadership," he said. "This was a friend of mine."

Houston and Gill grew up together in the department and the men were professionally and personally close. 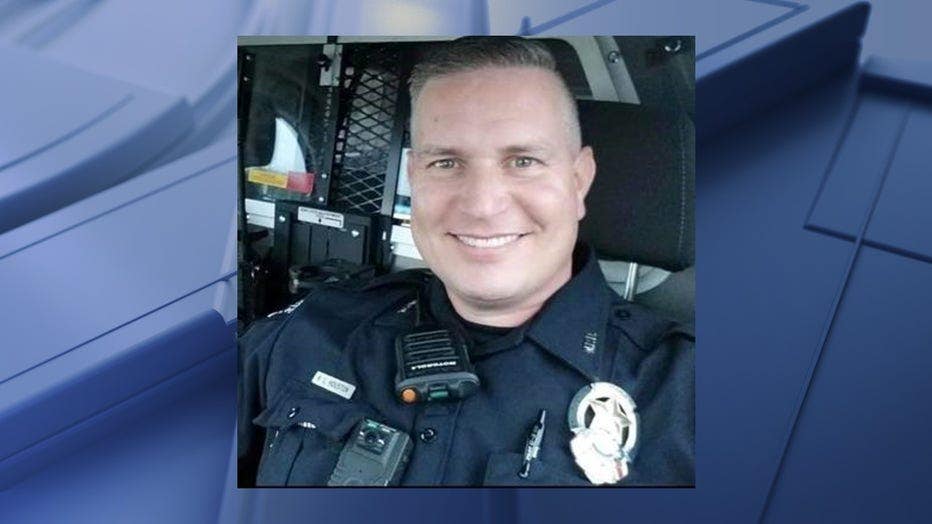 "I had my own personal grieving that I had to do, but then we also had the entire department… suffering," Gill said.

His colleagues were also in shock because Houston was so focused and aware of his surroundings.

"Of course he was ambushed," Gill said, adding there was to defend against that.

"You have your protective gear that you wear, but in Richard's case, the bullet went around his protective equipment and there's just no way to stop that."

Gill said he’s reminded of the sacrifice and dangers of law enforcement every time he comes to work.

"You can't walk in the back door of the employee entrance without walking past the memorial area," he said.

Gill said Houston’s family is struggling but doing the best that they can.

The chief is carrying out a daily request from Houston's 19-year-old daughter Shelby for the man who killed her father.

No trial date has yet been set for alleged gunman Jaime Jaramillo.

Hundreds of people gathered at the Lake Pointe Church in Rockwall to honor the life of Officer Richard Houston. Officers from various law enforcement agencies traveled to pay tribute to his life and service.