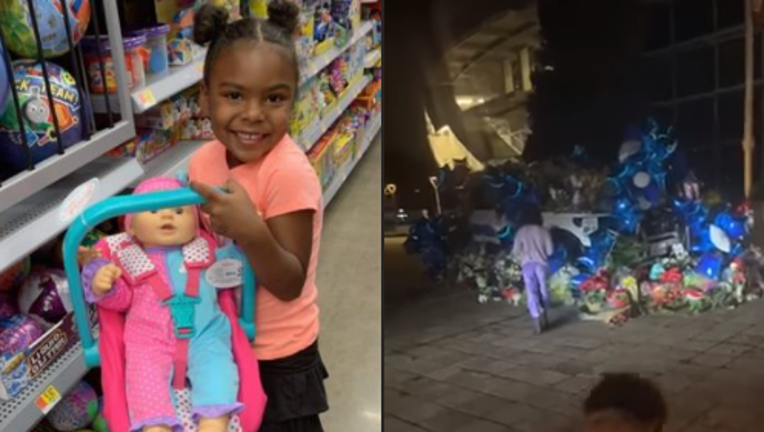 MESQUITE, Texas - A 7-year-old girl grieving for the family of Mesquite Ofc. Richard Houston left her favorite doll at the memorial.

Jayda Cobb lives near the police station and her mother says she was upset when she learned why there was a memorial there.

Jayda’s mom said Jayda wanted to leave her doll in case the officer had children.

One of them, a college student, saw GoodDay anchor Lauren Przybyl's Facebook post about Jayda. She commented that the gesture meant so much to them and that her dad would have loved Jayda, too.

Houston was shot and killed responding to a domestic disturbance last Friday in the parking lot of a Mesquite Albertsons. The gunman, Jamie Jaramillo, remains hospitalized. He shot himself after fatally shooting Houston, according to court records. He faces a capital murder charge.

According to the police incident report, Sgt. Richard Houston had just arrived to investigate the disturbance when he was repeatedly shot by Jamie Jaramillo last Friday in the parking lot of an Albertson’s on South Belt Line Road.