Family and friends of an Allen family killed in a mass murder-suicide earlier this week gathered outside their home Saturday to remember them.

ALLEN, Texas - Family and friends of an Allen family killed in a mass murder-suicide earlier this week gathered outside their home Saturday to remember them.

The family was buried on Thursday, but tributes to their memory still continue.

Several family members, who live out of state, said they were trying to call the family, but got no answer. And then they got a call from police.

"I am not in a state of mind to express," Towhidul Islam’s brother, Azazul Bhuiya, said.

Bhuiya is still struggling to find the words. He spoke out Saturday for the first time since his brother’s family was found dead inside their Allen home. 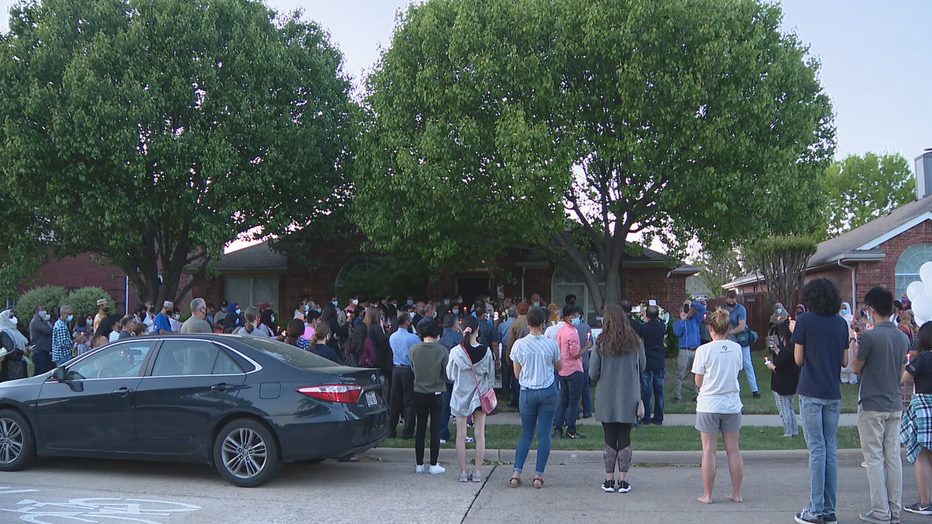 "I cannot tell you what great loss it has been for me," he said.

Saturday night, a candlelight vigil surrounded the now empty house as a memorial in the front yard continued to grow throughout the week.

"Whatever happened, I wish I knew the kids, and him, and his wife were all going through this," Bhuiya said.

According to police, two brothers – 19-year-old Farhan Towhid and 21-year old Tanvir Towhid - shot and killed their father, mother, 19-year-old sister, and their grandmother, before killing themselves.

Iren Islam’s brother, Muhammad Islam, said he tried to call his sister all weekend before they were found dead.

"I don’t know what happened to them," he said. "All of a sudden, the sky breaks and falls on my head."

Police said Farhan left behind a suicide letter on his Instagram detailing the brothers’ battle with depression and their decision to kill themselves along with their family.

"He never shared with us, none of his friends or family. It’s really mysterious," Bhuiya added.

Bhuiya said he followed his brother to America back in the 80s from Bangladesh.

"So right now, I am here and my brother is gone. I feel every moment that I am just half," he said.