It's starting a conversation about depression and the pressure kids in the community feel in order to succeed.

ALLEN, Texas - Members of a tight-knit immigrant community in North Texas remain stunned after two young men killed their family and then themselves.

It's starting a conversation about depression and the pressure kids in the community feel in order to succeed.

Police are still investigating the apparent murder-suicide in Allen.

Six family members are dead and a note posted to social media has mental health experts weighing in with advice for parents who might not know what to do.

The Bangladeshi community in North Texas is wondering what went wrong and why they couldn’t help after Allen police say two young men killed their parents, sister and grandmother before killing themselves this week. 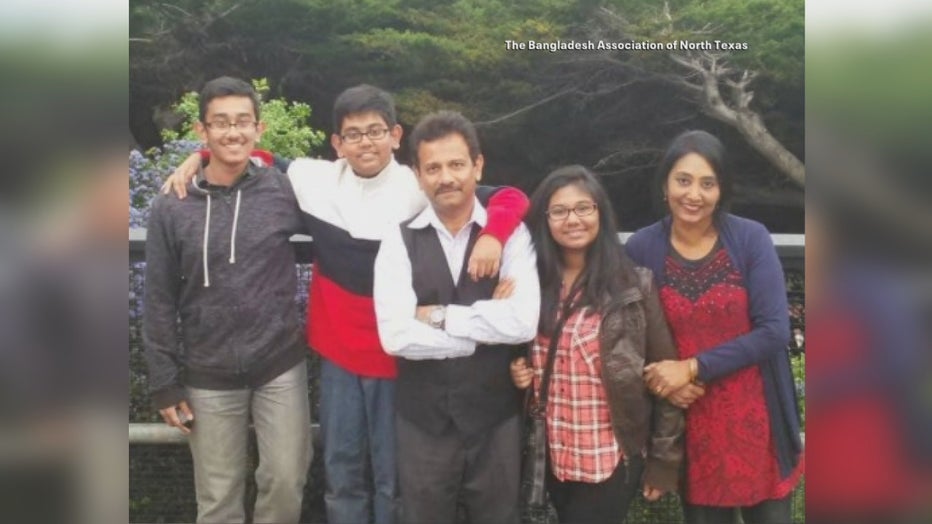 "This news just shattered us," said Nahida Ali, with the Bangladesh Association of North Texas.

A suicide note appeared on the Instagram account for 19-year-old Farhan Towhid. It detailed years of depression.

Cami Fields is the director of outreach and education for the Grant Halliburton Foundation, which works to strengthen mental health resources.

"It’s apparent that he was dealing with clinical depression for several years and self-harm and maybe not getting the adequate mental health care that he needed," she said.

"So things like exercise, eating healthy, finding coping skills. And I saw that he even mentioned that in his letter that there was a time period where he kind of found some coping skills that worked for them and then they kind of stopped working," she said. "So you have to keep reinventing those coping skills. That’s going to help you get through."

Farhan wrote he tried therapy and medication, but it wasn’t a long-term solution.

Fields has a message to parents.

Doctors at Cook Children’s Medical Center in Fort Worth are treating more children and teens for attempted suicide. 43 patients were admitted to Cook Children’s in March after attempting to take their own lives. Learn more about the hospital’s prevention campaign at cookchildrens.org. If you or someone you know needs help, the National Suicide Hotline is 800-273-8255.

Farhan’s letter said "I love my family. I genuinely do." The letter said he planned to kill them so they wouldn’t feel guilt after he died.

Ali believes her community sometimes places too much pressure on their kids.

"When we come from a thousand miles away into a country which is the land of dreams, we dream that our kids will go to the best of schools," she said.

Now, they’re realizing more than ever the need to ask their children if they are okay.

A prayer service and funeral are scheduled for Thursday for the Allen family.  A vigil will be held Wednesday at 7 p.m. at Celebration Park in Allen.

Click here for the warning signs and risk factors of suicide. Call 1-800-273-TALK for free and confidential emotional support.