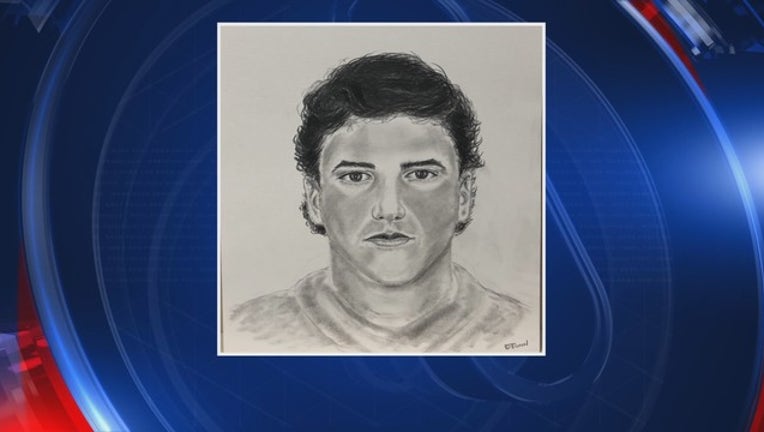 ADDISON, Texas - Police in the Dallas suburb of Addison want to question a man about the still unsolved murder of an elderly woman.

Addison police released a sketch of a man they are looking for. He’s described as either a white or Hispanic male who is about 5 feet 8 inches tall with wavy black or brown hair.

The man is not considered a suspect. Investigators still want to talk to him about the death of 81-year-old Joan Mulcahy.

Mulcahy, who was confined to a wheelchair, was found dead in the breezeway of her apartment building on July 1. Police would not talk about how she died.

Anyone who recognizes the man in the sketch should call the Addison Police Department at 972-450-7169.