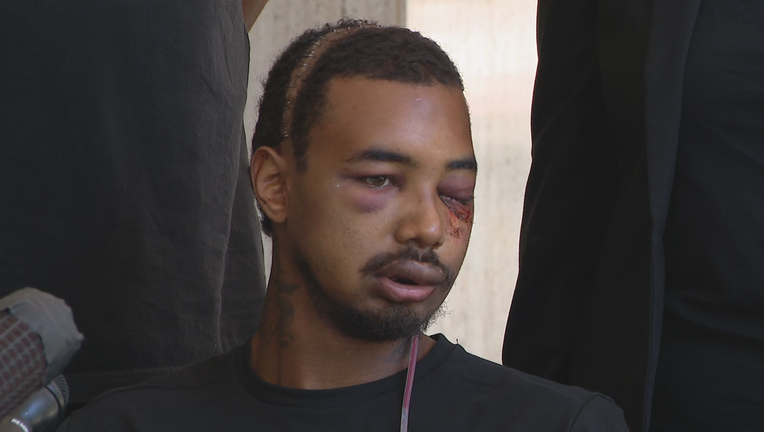 DALLAS - A man who lost his left eye after he said he was shot with a projectile by a Dallas police officer during a weekend protest said he wants the officer to be held accountable.

Dallas police said they are investigating two use of force incidents that may have involved their officers this weekend. One of those incidents involved Brandon Saenz.

Though police did not confirm that a DPD officer caused Saenz's injuries.

Saenz has visible signs of facial injuries after the surgery to remove his left eye on Monday.

He said he was trying to find a friend at the Saturday afternoon protest in Downtown Dallas, when police fired tear gas and non-lethal projectiles to disperse the crowd.

According to his attorney, witnesses saw a Dallas police officer shoot Saenz in the face with one of those projectiles.

“All of a sudden, I heard a boom, and I got hit and I put my hands up and I put my hand on my eye and took off running,” Saenz recalled. “And that's when someone came and surrounded me and told me to lay down on the ground.” 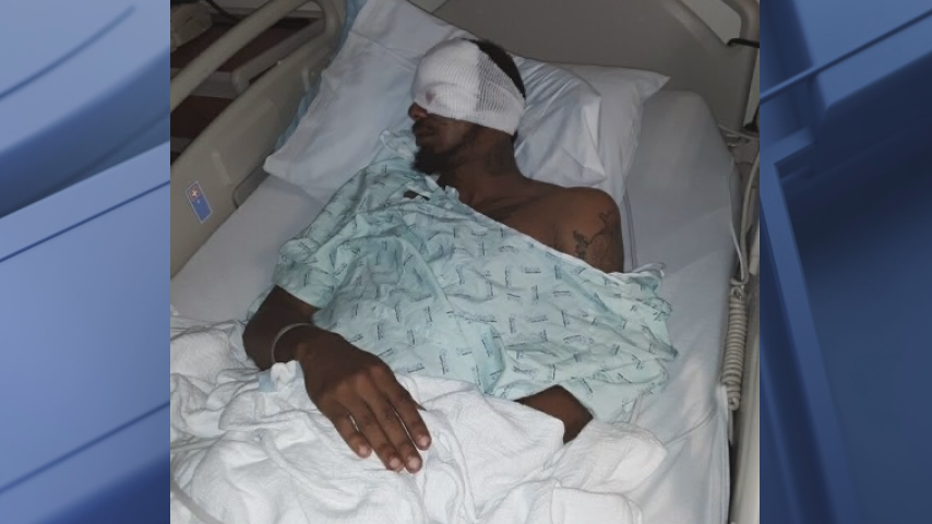 "It was unjustified use of excessive force and we feel that somebody needs to be held accountable for Brandon losing the vision in his eye,” said attorney Daryl Washington. “We are committed. We are working alongside police oversight to make sure we hold whoever is responsible accountable.”

Washington said police have not yet taken a statement from his client for their report.

Dallas police previously said they were waiting for him to recover.

Police also said they are looking for video from the area where the incident happened.

There is at least one other use of force incident that the Dallas Police Department is currently investigating, but police did not give details.