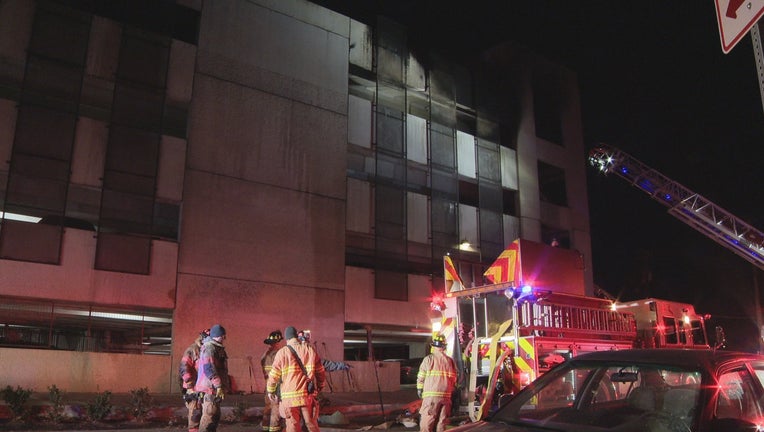 ARLINGTON, Texas - A fire in a parking garage near the University of Texas in Arlington campus left one man critically injured.

The fire broke out around 4 a.m. on one of the upper floors of a parking garage for an apartment complex that’s not affiliated with the university.

Some residents called 911 saying they thought they heard gunshots or fireworks. It turned out to be several cars on fire.

The residents said they were forced to evacuate their apartments while firefighters worked to get the flames under control.

One man was taken to the hospital with severe burns. He’s said to be in critical condition.

There’s no word yet on what caused the fire or what the man was doing when it began.

Everyone was allowed to return home after the fire was put out.