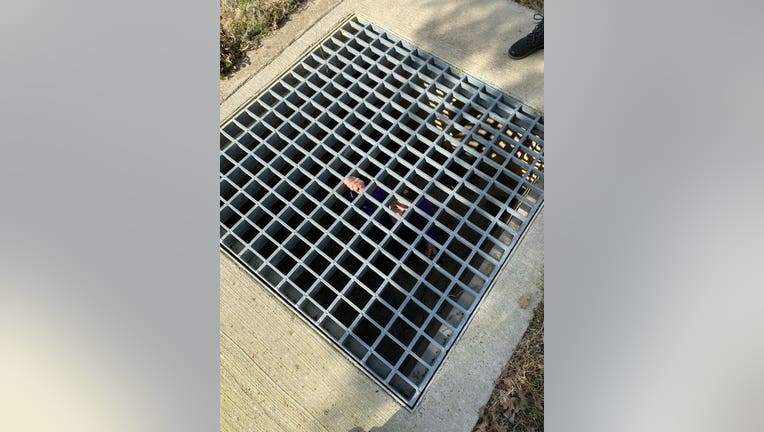 SOUTHLAKE, Texas - A 12-year-old girl in Southlake, who ended up in a storm grate after going through a drainage pipe, had to be rescued after her way back out of the drainage pipe was obstructed by a snake.

The Southlake Department of Public Safety tweeted about the "HARROWING, TEETH CLENCHING, SNAKE GRATE RESCUE," which happened on Wednesday.

Sisters Tori and Carly went outside to play while in the final days of their COVID-19 quarantine, when Tori crawled into a drainage pipe even though it was "specifically against Mom’s rules."

As she was heading back out of the pipe, she spotted a black snake, which she later learned was a rat snake, so decided to check for another way out.

She went past a storm grate to take another drainage pipe out, but there was a black rat snake there as well.

Her sister tried to go in and help her, but turned around after spotting a snake.

Carly then went to get their mom, who tried to lift the storm grate, but was unable to.

They then called Southlake DPS, who responded and lifted the grate, helping rescue Tori.

Southlake DPS made a point to let everyone know that no snakes were not harmed.