The Lipan High School Lady Indians began their journey Monday, and when their flight was cancelled, they hit the road to make it to Orlando for the first game. A game they ended up winning.

Dallas-based Southwest Airlines said it plans to return to normal operations Friday after a week of canceling thousands of flights.

RELATED: Southwest Airlines hopeful to be back on track Friday after another day of cancellations Thursday

The Lipan High School Lady Indians began their journey Monday, and when their flight was cancelled, they hit the road to make it to Orlando for the first game. A game they ended up winning.

After the disappointment at Love Field on Monday, they made the most of an adventure.

Our FOX 4 cameras captured them passing the time and handling their nervousness when their flight to Orlando for a tournament was cancelled.

"It was chaotic. My mind was racing. We got up so early just to get there on time, through security and all of that. We didn’t even get to security. We were just sitting, waiting like ducks," she said.

But what a difference a 16-hour road trek to Florida, in three rented vans, and two very impressive tournament victories can make.

Thursday afternoon, Benitez shared more of her thought just before tip-off for the tournament championship game. 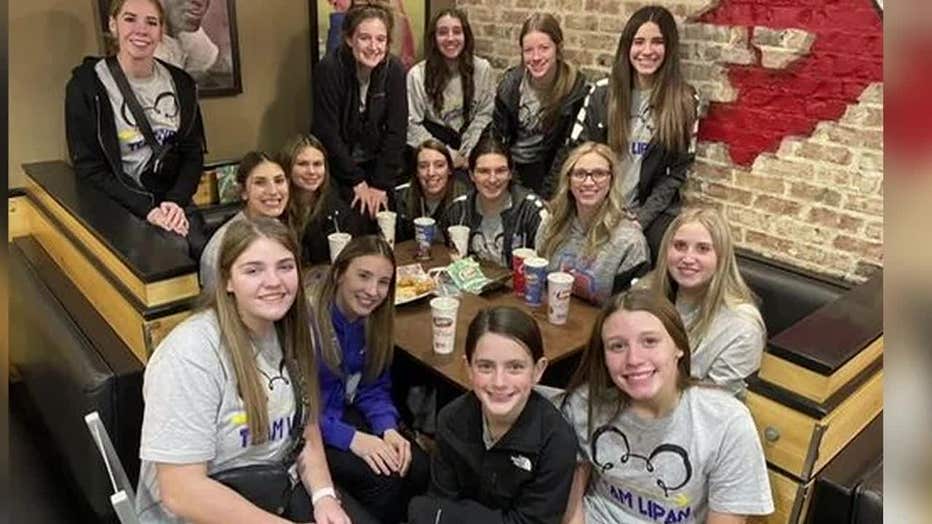 Nanci Holdsford, the team’s photographer, has witnessed it all with head coach Amber Branson. She said the small town bond they all share has been the guiding force.

"All the money had gone toward the airlines, and when we called to ask about a charter bus, it was like phenomenal amounts of money," Holdsford recalled.

She said coach Branson deserves major credit for quickly reserving the three vans and keeping the girls mentally encouraged as the Monday airport saga on unfolded.

"She never let them see, because she kept saying, ‘I just want to cry and I’m not going to do it.’ And she didn’t and they never saw that side, they just saw, ‘We’re going to Disney to the tournament,’ and that just carries through with those girls as it does with everything," Holdsford explained.