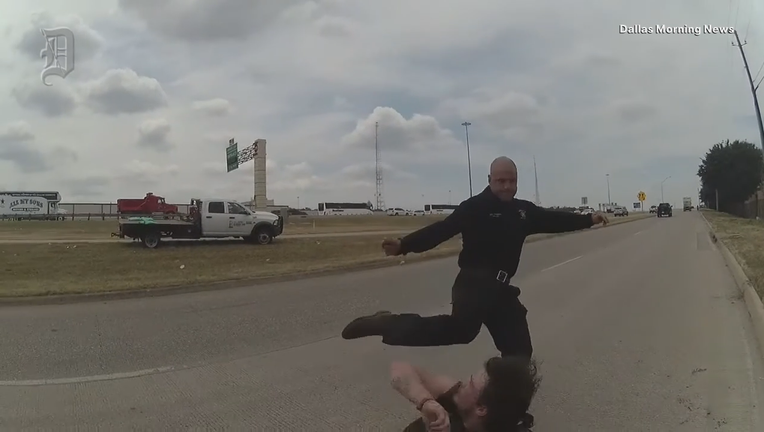 DALLAS - A former paramedic seen on video kicking a homeless man has his paramedic certification back due to a technicality.

The Texas Department of Health and Human Services lifted the emergency suspension of Brad Cox's certification after a paperwork change.

It was suspended on an emergency basis after video surfaced showing Cox kicking and punching a homeless man back in 2019 near Downtown Dallas.

But since he was not specifically providing "direct care" at the time, the suspension was lifted.

In a statement, DSHS said they are still investigating the incident.

There's still a chance he can have his license permanently removed.