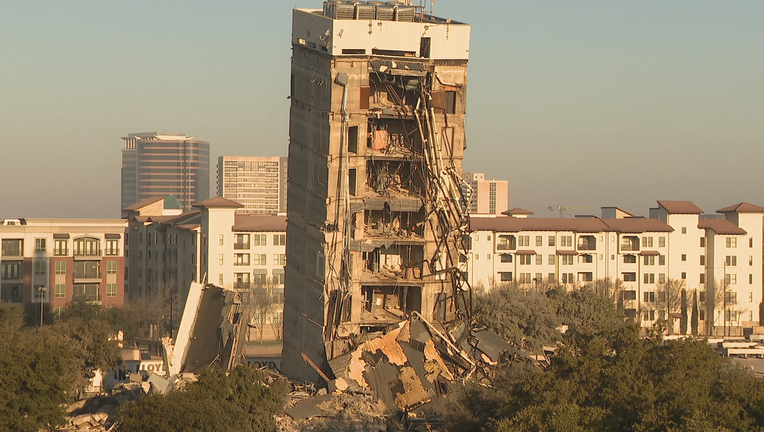 DALLAS - If all goes according to plan, the “Leaning Tower of Dallas” will be knocked down on Monday morning.

The demolition company said Friday a crane will arrive this weekend to help with the demolition, which is scheduled to take place sometime after 9 a.m. Monday.

The company also wants to remind people the land is an active construction site and to not get too close.

Elevators and stairwells from the old Affiliated Computer Services building, just across Central Expressway from Uptown, will wind up standing for more than a week after last weekend’s implosion of the 11-story building did not go as planned.

The demolition-fail became an internet sensation, with some people stopping by to take selfies with the temporary landmark.