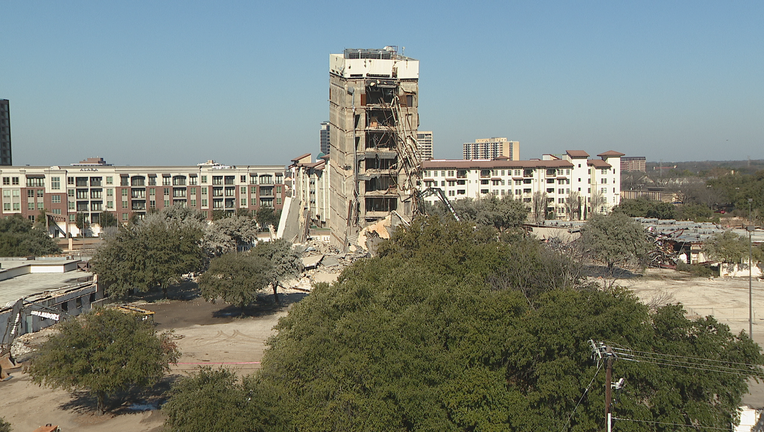 DALLAS - A portion of a high-rise office building in Dallas is still standing and leaning after its weekend implosion didn't go as planned.

Crews meant for all 11 stories of the old Affiliated Computer Services building to come down Sunday morning, but the building’s core wasn't having it.

The central core of the building is the concrete area where you’ll find elevators and stairwells.

Crews said they still have to clear out debris so they can get a crane into the site close enough to have a wrecking ball bring down the rest of the building.

That could happen as early as Tuesday or Wednesday.