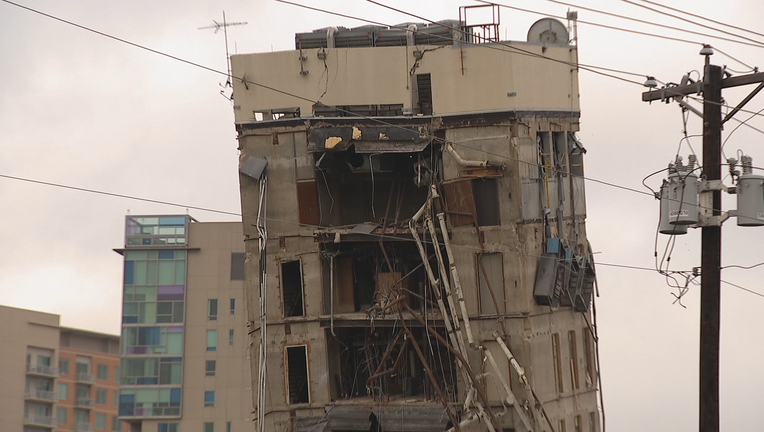 DALLAS - The leaning tower of Dallas is still leaning.

Project leaders said Tuesday they will release details about the demolition later this week.

Elevators and stairwells from the old Affiliated Computer Services building, just across Central Expressway from Uptown, were still standing Tuesday after the weekend implosion of the 11-story building did not go as planned.

Crews say they will bring in a wrecking ball to knock down the rest of the building. There’s no firm timeline on the removal, but it could occur as soon as Wednesday.

READ MORE: The 'Leaning Tower of Dallas' to stay up at least one more day