Master builder Matt Graham has added the infamous Leaning Tower of Dallas to the large Dallas-Fort Worth mini land at the Legoland Discovery Center in Grapevine.

DALLAS - The "Leaning Tower of Dallas" has been an Internet sensation since Sunday, when part of the old Affiliated Computer Services building stayed up despite an implosion that was supposed to level the whole building.

LEGOLAND Discovery Center Dallas Fort Worth built a LEGO replica of the "Leaning Tower of Dallas" before the rest of the building comes down. 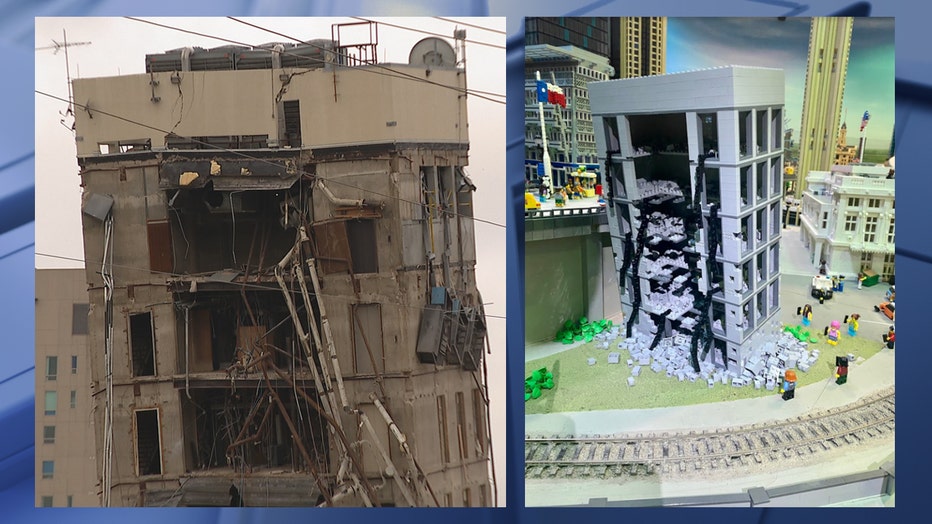 It took master model builder assistant Matt Graham two hours to create, with 1,500 LEGO bricks used. The display even features a LEGO Minifigure doing the "hold up" pose that many North Texans have already been pictured doing.

There is still no date for when the actual building will come down, but the LEGO replica will be on display at LEGOLAND Discovery Center Dallas Fort Worth for the rest of February.