A rule to prevent crowds at the popular Katy Trail in Dallas starts Thursday.

DALLAS - A rule to prevent crowds at the popular Katy Trail in Dallas starts Thursday.

The rule is intended to stop overcrowding and limit when people can use the trail depending on the first letter of their last name.

The trail is open to everyone on Monday, Tuesday and Wednesday.

Since early April, Dallas city marshals have been on patrol reminding people to follow social distancing rules but there's been no penalty to go with it. 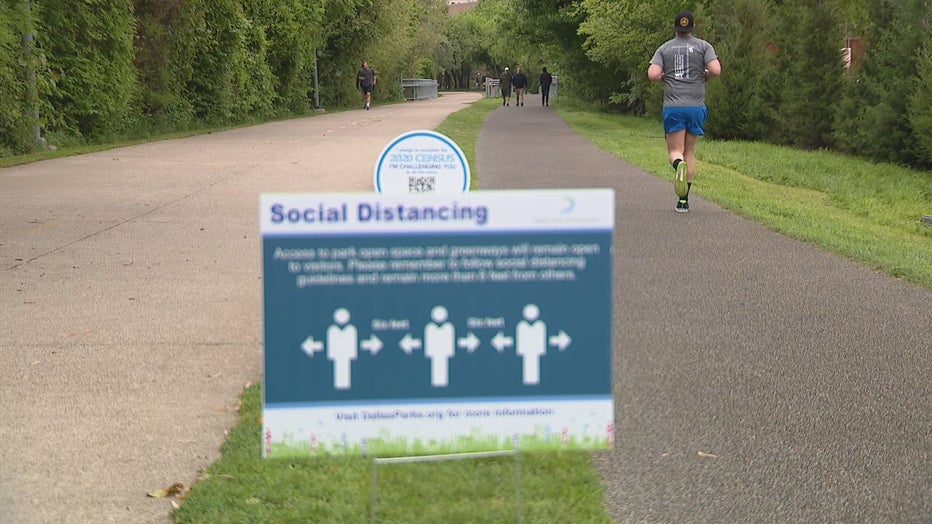 Nobody is there checking people’s IDs, but city leaders are keeping a close eye and they’re hopeful people will comply.

“Just get outside and go on the days that are designated for us,” Adam Duitch said.

Duitch and his Great Pyranese were in compliance with the new Katy Trail guidelines Thursday.

It was news to some, while others were skeptical of the voluntary effort.

“It’s a joke because nobody cards you. How do they know if you are in that alphabet so that you can be on the Katy Trail?” Nick Jimenez said.

City leaders have said that week-to-week, the numbers are trending down.

But there’s still work to do on crowded weekends.

Councilman David Blewett, who represents the area, said they’re still considering closing a portion of Turtle Creek for pedestrian traffic in order to give trail-goers room to breathe

Barricades are needed, but most of the city’s supply are being used at COVID-19 testing centers.

Blewett suggested people should spread out to other city parks, like nearby Reverchon and Trinity Skyline trail.

“I wish there was a list of good places to run and stuff,” Sahar Entezari said.

A list of “Best Kept City Secret Parks” on the Dallas Parks and Recreation website has options worth investigating.