John Wiley Price on weekend vandalism in Dallas: ‘This is not protest; it’s anarchy’

Dallas County Commissioner John Wiley Price is speaking out against what he saw this weekend.

DALLAS - Dallas County Commissioner John Wiley Price is speaking out against what he saw this weekend.

He is not talking about the demonstrations, but the damage left behind by some among the hundreds who were in the streets.

Price has a long history of protesting in Dallas that he says gives him credibility to criticize what he sees as something he says he cannot support.

Price says what he has seen in Dallas since Friday night are not protests.

“I can’t sit idly by. This is not protest. Just don’t keep wrapping it as though its protest. It's not protest. It’s anarchy,” he said. “And it’s not as if you’re talking to somebody who has never protested.” 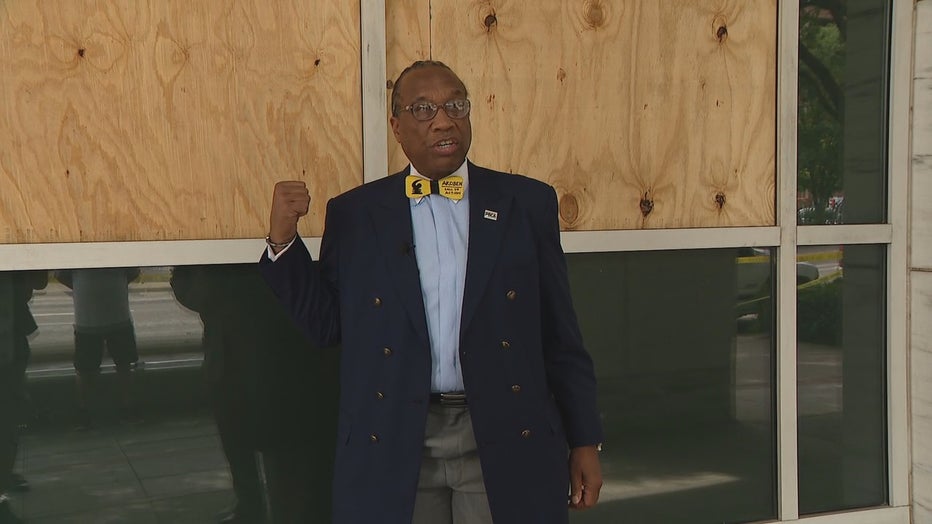 During the 1990s, Price led his group, called Warriors, in protests every day for years against Dallas Police, Parkland Hospital and even media outlets while demonstrating against disparities in hiring and promotion and against police over abuse.

“We had officers who took and removed their uniforms and got on the picket lines with us because they understood the inequities and the injustices and at their risk,” the commissioner recalled.

In 1993, Price led a protest march of 10,000 in Fort Worth after a professed ‘skinhead,’ who was part of the murder of an innocent black man, was sentenced to 10 years’ probation. Out of that protest, hate crime legislation came to Texas and a new federal trial for the defendant.

During his years of leading civil disobedience actions, Price himself has been arrested more than once.

“There never was any of this violence,” he said. “I mean when they arrested us and we went to jail, we came back and we did it again because we were committed. We were serious about it.”

Price is angry at the looting and damage to businesses done across the Dallas Central Business District in Friday and Saturday night protests over George Floyd’s death at the hands of Minneapolis police.

“It angers me because it ain't protest. Call it what it is. I don’t care if its media or whoever, it is not a protest. A protest has a purpose. It has an outcome. This has no outcome. This is just destruction. That’s what anarchy is,” Price said. “I applaud the curfew. It's management. You can't do this stuff under color of darkness.”

The commissioner says he expects to get some blowback from some for his comments but doesn't care. Price says people may call him old school, but he says he has plenty of history of protesting with a purpose and bringing change.