There are also several protests and demonstrations planned for Sunday, and those have been peaceful so far.

DALLAS - There’s been hundreds of peaceful protesters over the past 48 hours in Dallas, but also in those two days, there’s been groups of people burning police cars and damaging businesses.

On Saturday, tear gas, flash bangs, and rubber bullets were used on protesters by Dallas PD and their assisting agencies.

There are also several more protests and demonstrations planned for Sunday, and those have been peaceful so far. 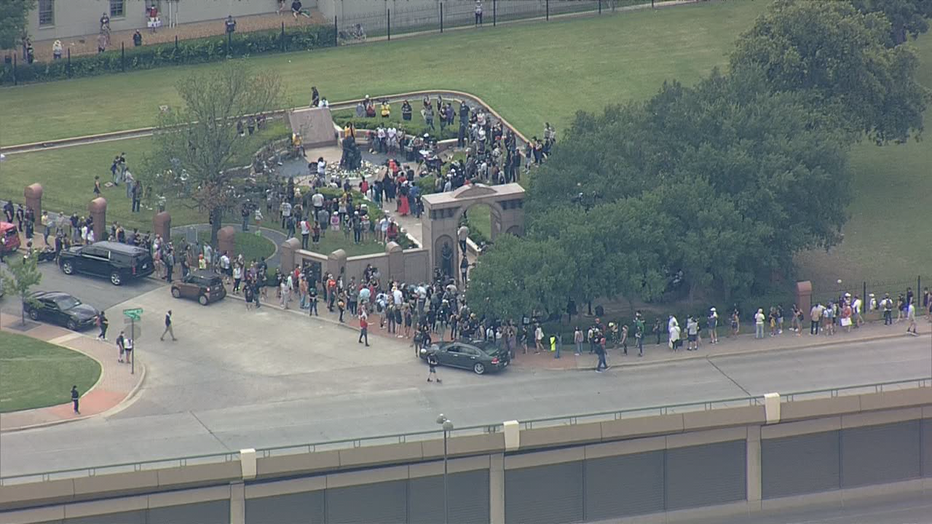 A vigil and healing circle in defense of black lives was held at Freedman's Memorial Cemetery, and a prayer gathering for justice and against racism was hosted by Dallas clergy and Dallas police headquarters.

Protesters also started arriving at Klyde Warren Park at 5 p.m. on Sunday. The NAACP also held a protest in Mesquite.

Now, the National Guard has been deployed to Dallas and other cities.

DPS troopers, along with Allen and Irving police, have also been assisting.

“There is, first of all, the most problematic violence, and that is police violence. And that will continue to exist unless there is structural upheaval,” protester Anden Suarez said. “I also know there are extremist groups trying to take advantage of the pain and anger that the black community is expressing right now to escalate and to further politicize and polarize the country, and I believe that is inappropriate and disgusting.”

Starting at 7 p.m. Sunday, places like Deep Ellum. Downtown Dallas, Uptown, and Victory Park will be under curfew.

100+ arrests made by Dallas police after Saturday's protest turns violent