Tom Sanchez of Irving says he was weighing the option to leave but has chosen to witness what happens if Russia were to invade. Even though he acknowledges some will not understand his decision, he calls it the right thing to do.

IRVING, Texas - An Irving man learning abroad says people are going about their business as usual in Ukraine's capital.

Tom Sanchez of Irving says he was weighing the option to leave but has chosen to witness what happens if Russia were to invade. Even though he acknowledges some will not understand his decision, he calls it the right thing to do.

Outside Sanchez’s apartment Monday morning, you can hear the bustling Ukraine capital of Kyiv.

"They started calling and were like, ‘Tom, why are you there? You need to go home,’" he said.

Sanchez posted a photo a week ago of him in Ukraine. Immediately, friends and family flooded him with emails and phone calls. 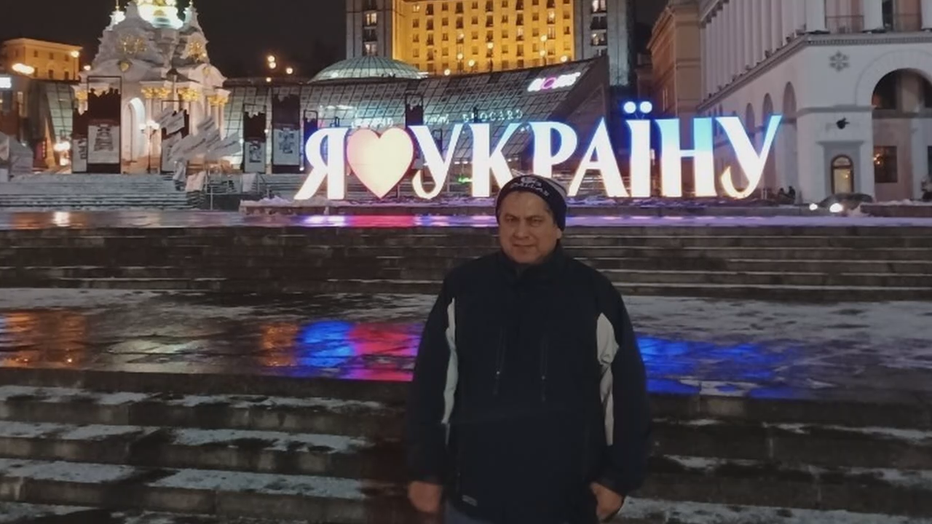 North Texans with family in Ukraine continue to hope for peace

Sanchez flew from DFW to Kyiv in January while enrolled in a language school, watching as 100,000 plus Russian troops circle Ukraine’s border.

"I know there are a lot of Americans walking around," Sanchez said.

Sanchez says locals and visitors, like himself, aren’t in a state of panic but are preparing. He plans to finish his stay through Saturday, even though he admits he doesn't feel safe.

"I mean you can’t sit there and cry about it," he said. "You are like let’s go see what happens."

"I do think about them and what is going to happen if the worst-case scenario happens," Sanchez said.

Sanchez says he’s scoped out safe spots. The subway is a five-minute walk from his apartment if he wanted to get underground.

"The border to Poland to border is 300 miles from here. I could probably still rent a car and drive over there," he said.

White House urges Americans to leave Ukraine in next ‘24 to 48’ hours; Russian invasion could be days away

However, Sanchez says he’s confident in his decision to stay.

"Just wait and see what happens," he said. "It’s black and white. You are either with the good guys or the bad guys. That’s it."

Sanchez says other Americans are enrolled in his language course. They all have chosen to stay for now. He is still set to leave on Sunday.