Tensions between Russia and Ukraine are heightening, with U.S. National Security Adviser Jake Sullivan saying officials were seeing signs of Russian escalation including new forces arriving at the Ukraine border. Sullivan urged all Americans in Ukraine to leave within the next 24-48 hours and warned that anyone who remained in the country would not be rescued by the U.S. military.

WASHINGTON - The White House is urging Americans to leave Ukraine in next "24 to 48 hours," warning U.S. won't rescue civilians if Russia invades.

The White House has expressed increasing alarm about the prospects of a war, and Biden has been looking to solidify support among European allies for economy-jarring sanctions against Russia if it moves further with an invasion. 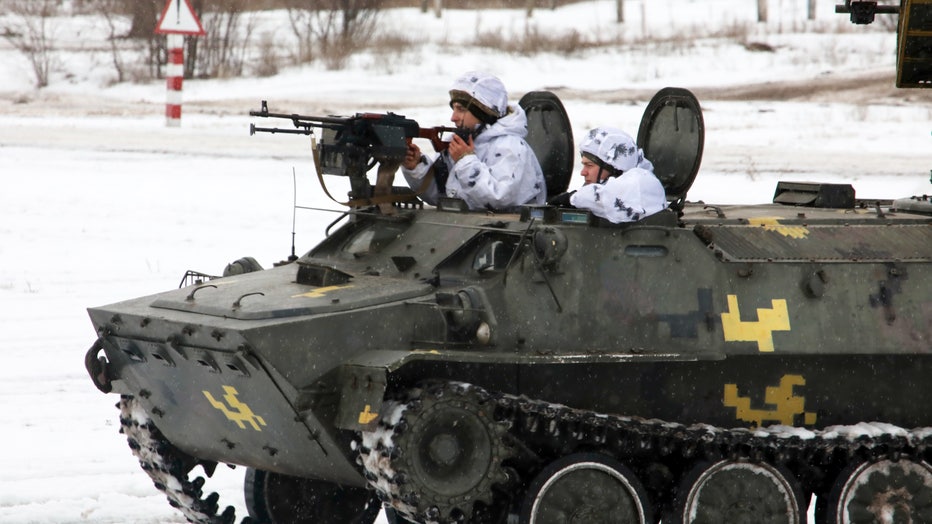 "We are jointly ready, and all of NATO is ready," Biden said, referring to the powerful Western alliance, though Ukraine is not a member.

The White House said Friday that a Russian invasion of Ukraine could come within the week, possibly within the next two days, even before the end of the Winter Olympics, and urged Americans to leave the country now.

Thousands of US troops deployed to Europe amid Russia-Ukraine tensions

President Joe Biden is sending 3,000 U.S. soldiers to Europe as tensions between Russia and Ukraine continues. Pentagon spokesman John Kirby says the move is not permanent and will adjust as the conditions evolve. The president has said he will not put American troops in Ukraine, but the U.S. is supplying Ukraine with weapons to defend itself against any Russian incursion.

U.S. national security adviser Jake Sullivan said the United States did not have definitive information that an invasion has been ordered by Russian President Vladimir Putin. But he said all the pieces were in place for a major military operation that could start "rapidly."

"The risk is high enough and the threat is now immediate enough that prudence demands that it is the time to leave now," Sullivan said.

"We are not saying that a decision has been taken by President Putin," Sullivan said. "What we are saying is that we have a sufficient level of concern based on what we are seeing on the ground, and what our intelligence analysts have picked up, that we are sending this clear message."

Britain’s defense secretary, meanwhile, is visiting Moscow in another effort to ease tensions over a possible invasion of Ukraine by Russia.

Russia is holding massive war games in neighboring Belarus and insisting that the highly strained relations is not its fault. Russia says it has no plans to invade but wants the West to keep Ukraine and other former Soviet countries out of NATO.

This is a developing story.