The Congregation Beth Israel community is focused on healing after four people survived a hostage standoff at their Colleyville synagogue.

SOUTHLAKE, Texas - Members of the community gathered with worshipers from Congregation Beth Israel Monday night for a healing vigil. The rabbi who was held hostage at that synagogue led the service.

The prayer service was hosted by White’s Chapel United Methodist Church in Southlake, which is about three miles from Congregation Beth Israel’s synagogue in Colleyville. Police provided security.

It drew people from both within and outside the Jewish faith. All were united in their sense of gratitude that Saturday’s hostage situation ended with each of the four hostages able to escape unharmed.

Rabbi Charlie Cytron-Walker, who was one of the four hostages, spoke at the service. He took a moment to offer his thanks to law enforcement, first responders, political leaders and the interfaith community, as well as everyone who offered words of comfort and support. 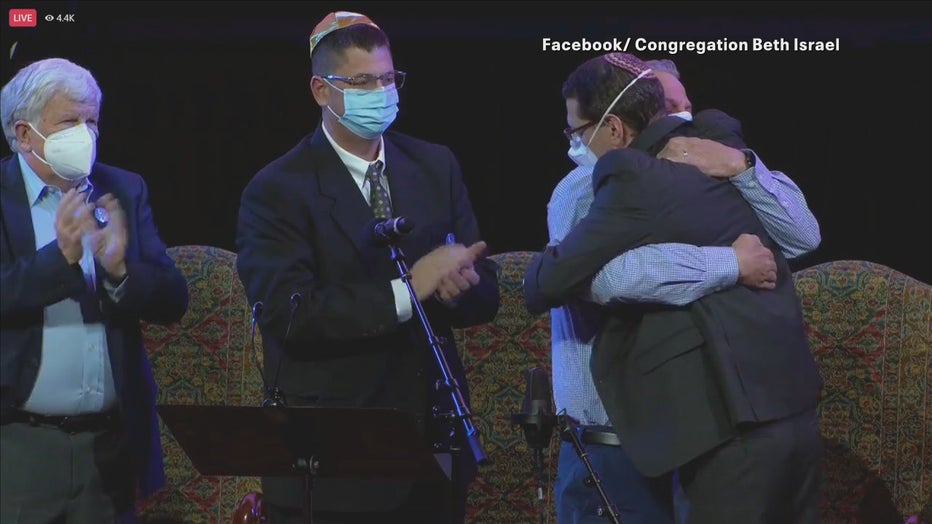 "And I am so grateful, so unbelievably grateful that we are tonight unlike every other service like this that I have done, tonight we will not be saying our traditional prayer for mourning," he said.

"His actions on Saturday just show what a true man of God he is and how God was with him. And he was able to remain calm and brought this about to a mostly happy ending," said Debra Edmondson, who attended the vigil.

Rabbi Cytron-Walker also had a message directly for his congregation. He called Saturday’s events a violation of their spiritual home and said it’s been understandably traumatic.

He added that the healing process will not be easy but that they should lean on one another in the days and weeks ahead.

The violence at a local synagogue -- Congregation Beth Israel, sadly was not entirely a shock to some leaders of the Jewish faith in North Texas. Good Day talked to Vicky Glikin, the senior cantor at Temple Emanu-el Dallas, about the ongoing security concerns at many synagogues, including her own.