The gunman who held several people hostage at a North Texas synagogue spent several weeks in the area before Saturday's attack. He stayed at a hotel in Irving and two homeless shelters. The driver who dropped him off at one shelter is a key part of the investigation.

DALLAS - The man who held people hostage at a Colleyville synagogue had been staying in homeless shelters in North Texas.

The FBI has identified the suspect as Malik Faisal Akram, a 44-year-old British national. But the investigation is far from over. They are now trying to identify the person who drove him to a homeless shelter on the night of Jan. 2.

"The two guys came up to our door, talked for a while outside before they came in. He walked him all the way to the front to our team," said Wayne Walker, the CEO of Our Calling.

It’s believed cameras captured footage of the unknown man who, according to Walker, appeared to know Akram.

Authorities are trying to identify and locate that person.

"There are obviously others unknown here in the United States who may have been involved and or assisted him," Danny Defenbaugh, former Special Agent in Charge, Dallas FBI.

Tuesday, the White House confirmed Akram was not on any no-fly lists and landed at JFK Airport in New York legally using a tourist visa in late December.

"He was checked by U.S. databases multiple times prior before entering the country," said U.S. Press Secretary Jen Psaki. "The U.S. government didn’t have any derogatory information about the individual at the time of entry."

The violence at a local synagogue -- Congregation Beth Israel, sadly was not entirely a shock to some leaders of the Jewish faith in North Texas. Good Day talked to Vicky Glikin, the senior cantor at Temple Emanu-el Dallas, about the ongoing security concerns at many synagogues, including her own.

Back in 2020, Akram was probed by United Kingdom’s security service MI 5 as a potential Islamic terrorist, but officials say there was no credible threat to national security, according to Sky News.

British intelligence downgraded Akram’s case along with 40,000 others who also did not meet the requirements for a further investigation.

After spending time in New York around the new year, Akram made his way to Texas on Dec. 29, where he purchased a pistol off the street. But more details about the gun are still lacking. It’s not clear how he made it to Texas, but he stayed at a motel near the DFW Airport.

Akram then went to two Dallas shelters – Our Calling and Union Gospel Mission – where he stayed several nights. Then on Saturday, he held four people hostage inside Congregation Beth Israel in Colleyville. 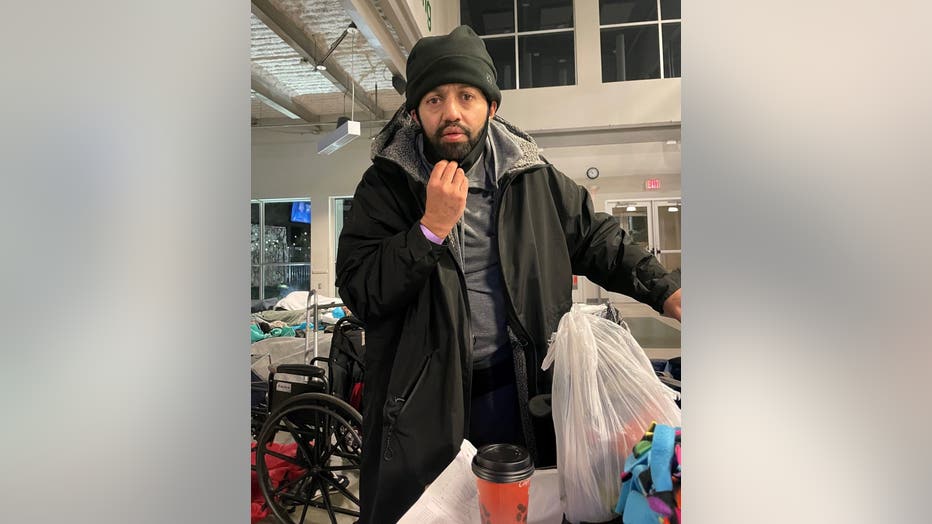 A photo of hostage-taker Malik Akram was taken as he went through the intake process at OurCalling Homeless Shelter in Dallas.

After a 10-hour standoff, all hostages escaped safely. After a barrage of gunfire, Akram was killed.

Walker said Our Calling is now working with the FBI, handing over pictures and video to help identify the driver who took Akram to the shelter.

"After the news broke that this guy was somehow connected to the homeless community, all of us started looking back at our records and trying to figure out if he had any connection to our team or facility," he said. "He was a wolf in sheep’s clothing and now more than ever we need the support from the entire community."

Akram’s brother told the New York Times he was on the phone with the FBI negotiators Saturday. He said Akram had mental health issues and counterterrorism police in Britain were familiar with him. Akram was investigated by United Kingdom security services in 2020 and deemed not a threat. 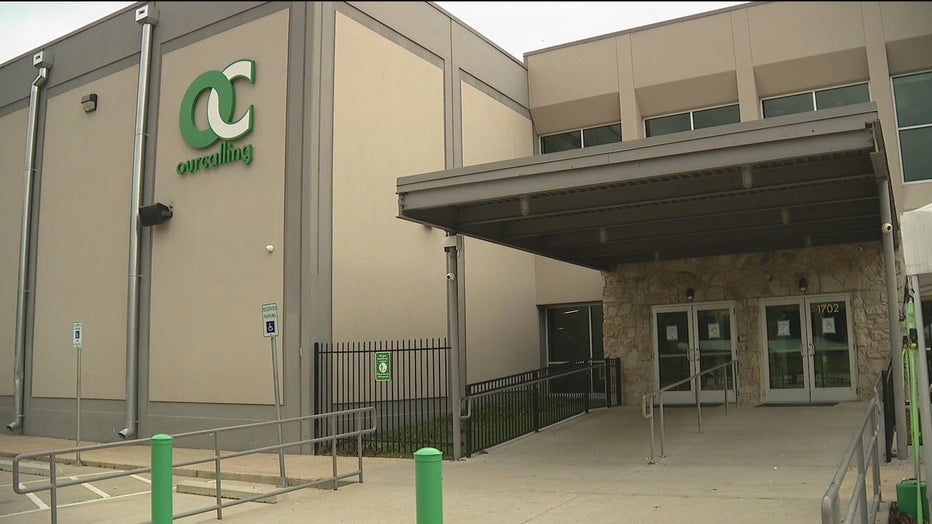 Defenbaugh says there are two critical questions about Akram.

Investigators are also working on figuring out how he wound up picking the Colleyville synagogue.

"If he picked that particular target, then there is reason. Particularly because him wanting someone else who was a terrorist out of prison and that becomes his negotiation, if you will," Defenbaugh said.

On Saturday, Akram was demanding the release of convicted terrorist Aafia Siddiqui, who is serving an 86-year sentence in a Fort Worth prison for the attempted murder of United States soldiers in Afghanistan.

Two teenagers that had been detained in the U.K. by Manchester authorities and believed to be related to Akram were released Tuesday with no charges filed.

Akram did have a criminal record spanning from 1996 to 2012 including violent disorder, harassment, and theft.

RELATED: Who is Aafia Siddiqui? Closer look at the Pakistani woman jailed in Texas

A former FBI special agent discusses the hostage situation and how the FBI worked to end the standoff with no hostages getting killed.