The Texas power grid was able to operate with no problems when the demand was at its highest point early Friday morning, Gov. Greg Abbott said.

The Texas power grid was able to operate with no problems when the demand was at its highest point early Friday morning, Gov. Greg Abbott said.

By all accounts, the Texas power grid weathered the worst of this winter storm.

The governor gave an update on the status of the grid and power outages in Texas after a winter storm blew through large portions of the state.

He said most of the state will continue to experience freezing or below freezing temperatures, but there are currently only about 20,000 customers across the state without power. Those outages are because of downed power lines and problems at the local level rather than problems with the state’s power grid.

"The power grid continues to perform well at peak demand during this winter storm," Abbott said. "Peak power demand was about 69,000 megawatts earlier this morning. We do not expect demand to exceed that amount for the rest of the storm."

RELATED: When will the ice melt? Hard freeze warning overnight for North Texas

At the height of the storm, Texas had 86,000 megawatts of power available. During last year’s big freeze, the estimated peak demand was at 77,000 megawatts.

"We have more power available than before, more backup for generators than before, and more reliability than ever before," said Peter Lake, chairman, Public Utilities Commission. 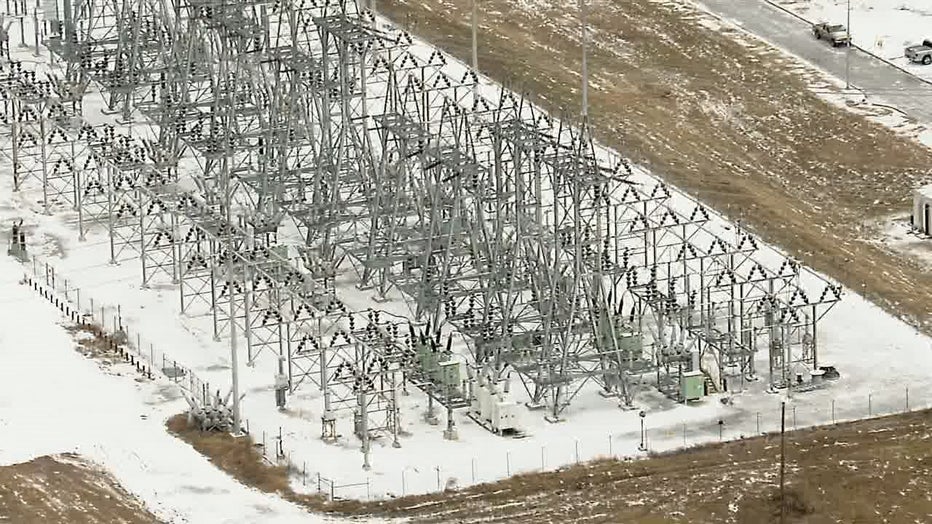 That’s partially because the state now has 15 percent more power generation capacity because power plants were required to winterize and maintain a better maintenance schedule, the governor said.

There was more reserve power available, as well as multiple days’ worth of natural gas in storage in case it was needed. Plus, all participants in the power generation chain are now working together more collaboratively.

"The actions taken by the legislature, by the PUC and ERCOT have resulted in a stronger grid," Abbott said.

Energy experts agree overall grid reliability is improved, but they also point out, the winter storms of 2021 and 2011, which resulted in rolling blackouts, were stronger than the 2022 storm.

While the grid handled this storm without major problems, energy experts caution, this was a different storm and there’s still some loopholes in reform.

At its peak, more than 70,000 Texans lost power, but Gov. Greg Abbott said the electric grid is not to blame this time.

"The reason for that loss of power is not that because the power grid does not have the power that's needed. It’s an issue at the local power provider level," the governor said.

This storm was nothing like last year’s deadly storm.

While we had multiple days of below-freezing weather, it was not statewide, and it also did not last as long as February 2021.

This go-round, ERCOT also planned to have more energy in reserves.

"It wasn’t a true test and I’m worried we are going to take a little too much confidence away from this and say we’ve done all we can and there’s nothing more to do. Frankly, there’s a lot more investment to make," said energy expert Michael Webber, UT Austin professor of Energy Resources.

"The gas system still struggles with cold weather. We had some freezing out in West Texas and production dropped some 15-20% according to S&P," he said. "That’s a challenge for us because the gas system is so important for the state of Texas. About half our power comes from gas fired power plants."

The governor gave an update on the status of the grid and power outages in Texas after a winter storm blew through large portions of the state.

Weatherization at power plants is now law, but the natural gas industry is not bound by the same rules.

Gov. Abbott said any disruption in gas flow was aided by multiple days of backup supply if things went bad.

Webber said the next reform needs to come to the gas industry.

But one thing is clear, while this was not the same test on the grid's reliability, it is better than last year.

"We have more power available than before, more backup for generators than before and more reliability than ever before, especially in winter weather events likes this," Lake said.

During the news conference, state officials stressed that road conditions still are and will continue to be dangerous for the next few days. Anything that is still on the roads will refreeze and become black ice overnight.

The Texas Department of Public Safety said state troopers have responded to more than 400 crashes resulting in 49 serious injuries and deaths. They’re strongly urging people to stay home and avoid the roads as much as possible.