The suspects were caught Saturday after a Garland police chase, and police think they're the same serial burglars that broke into a Mesquite business in early September.

MESQUITE, Texas - We're learning about more businesses that police believe were targeted by a burglary ring they said was busted this week.

The suspects were caught Saturday after a Garland police chase, and police think they're the same serial burglars that broke into a Mesquite business in early September.

Detectives from several different North Texas police departments are now comparing notes to see if and how all these burglaries are connected.

One business owner in Mesquite has been searching for answers for two months after losing his family's savings in seconds.

"We have a lot of good support and love from our customers," said Jorge Cortes, owner of Stiles Automotive.

Cortes is surrounded by friends and family in Mexico this Thanksgiving.

The same people who have been helping him recover for months after a costly break-in at his auto shop in Mesquite.

"Just keep working and keep working hard, as we did in the past," Cortes said. "Raise your head and just keep going."

Back in September, Stiles Automotive in Mesquite fell victim to an overnight burglary when a pair of thieves in hoods ran off with a safe full of cash containing tens of thousands of dollars.

This week, Mesquite investigators confirmed to FOX 4 that a person of interest has been identified in Cortes’ case: 18-year-old Joey Jarvis, of Dallas. 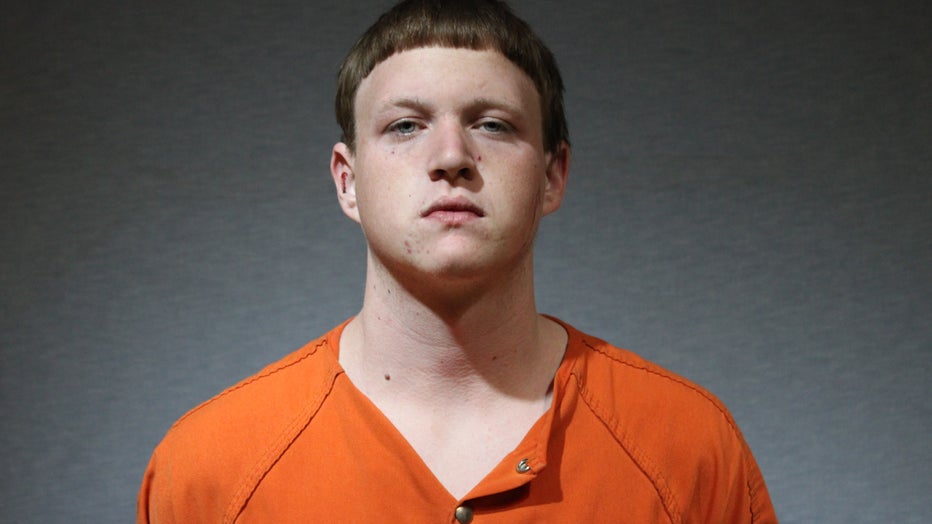 Jarvis has been linked to at least eight burglaries across North Texas, and now also faces a murder charge.

He was taken into custody over the weekend after Garland police said he led them on a deadly chase.

The Saturday night pursuit started when officers noticed a white Tahoe suspected to have been used in some of the burglaries.

Police said five people were inside the Tahoe.

Three passengers were ejected when police said Jarvis lost control of the Tahoe, killing a 16-year-old.

Video from the crash shows investigators locating loaded firearms in the Tahoe, including three AR-15 pistols and two handguns.

Police also released several evidence photos of the duffel bag and the guns they said were recovered from that wrecked Tahoe.

Bernabe Giles, a 17-year-old who was a passenger in the Tahoe, also received an organized crime charge.

Police have not released any information about the other two passengers who were in the Tahoe.

"When we were looking at the pictures and our videos, we were like, they practically look like the same people," Cortes said.

Cortes finds himself in the same position as Kati Ambriz, who family’s Grand Prairie tattoo shop was burglarized.

"I don’t understand how people can, you know, even think about doing something like this to a small business," she said in a previous interview with FOX 4.

FOX 4 spoke to Ambriz earlier this week when Grand Prairie revealed Jarvis was also a person of interest in a burglary case at her family’s tattoo shop.

On November 7, three people broke in and stole $30,000 worth of equipment from the newly opened Good Pain Artworks Tattoo & Piercing Shop.

Meanwhile, Cortes has been working at his shop since he was 24 years old.

But both business owners are now forced to front the loss and hope the suspects who have been charged face consequences.

"It feels good that some justice is done," Cortes said. "I hope these people learn. It’s real young people. It’s so crazy, how at this early age you think about this stuff. It’s weird."

Arlington police said the same suspects caught in the Garland crash are behind at least three burglaries in Arlington.

Police said they are not releasing surveillance video since multiple suspects involved are juveniles.