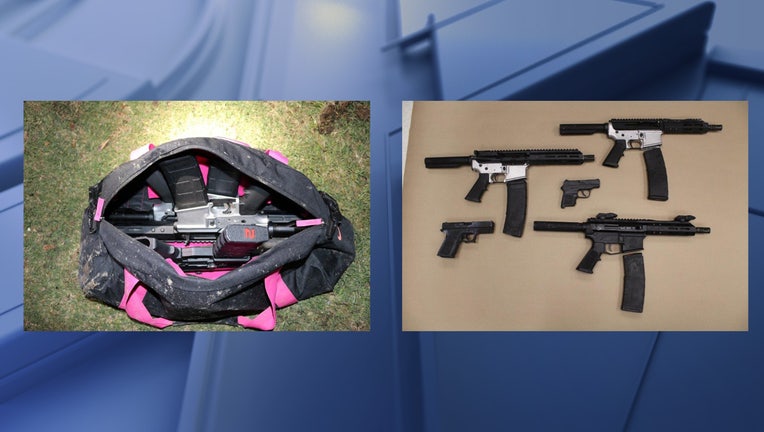 GARLAND, Texas - Garland police have released pictures of the guns they said were recovered from a vehicle that crashed while fleeing from police Saturday night.

The chase started when Garland PD officers recognized a white Tahoe connected to a string of burglaries and tried to pull the vehicle over near Kingsley Road.

The chase ended on Greenville Avenue in Dallas when the Tahoe lost control and flipped onto its side.

Five people were inside the vehicle at the time of the crash. One of them, a 16-year-old, died.

18-year-old Joey Jarvis of Dallas was allegedly driving the Tahoe. He is charged with murder for causing the crash.

Bernabe Giles, a passenger from Garland, is charged with engaging in organized criminal activity.

Garland police said the other people could be charged as well.