FOX 4 spoke with parents at the Young Women’s Leadership Academy in Downtown Fort Worth about a security breach related to a malfunctioning door that happened back on Aug. 30 that is just now becoming public after media reports. Some parents are angry the school never told them about it.

FORT WORTH, Texas - Fort Worth ISD says someone breached one of its campuses at the start of the school year.

Some parents are angry the school never told them about it.

FOX 4 spoke with parents at the Young Women’s Leadership Academy in Downtown Fort Worth about a security breach related to a malfunctioning door that happened back on Aug. 30 that is just now becoming public after media reports.

The district, which refused an on-camera interview about the security breach, says a homeless man walked into the school through a malfunctioning door.

It happened on the day before Texas school districts were required to finish a mandated audit of all campus doors implemented following the Uvalde elementary school mass shooting where the gunman entered the school through a door that was unlocked.

According to the Fort Worth ISD, the incident happened on Aug. 30. A homeless man jiggled the handle of a door on the west side of the building. It opened, he entered and headed towards the bathroom. That’s when a student spotted him in the hallway and notified a teacher. 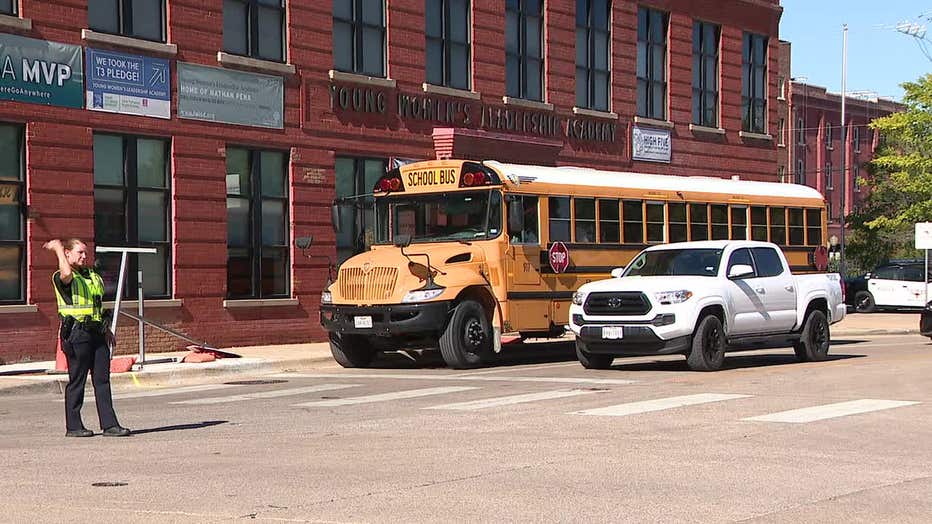 The district says within a few minutes, a male employee confronted the man and escorted him out of the building.

The school district would not say whether it notified YWLA parents about the security breach.

Mom Tonya Harris says she found out from her daughter but never heard anything about it from the school.

"I think they need to let the parents know. They need to come to us and let us know what’s going on," she said.

Daniel Garcia is the executive director of safety and security for Fort Worth ISD. He told FOX4 the door checks were performed district-wide between June and September.

And while it’s unclear when YWLA’s checks were done, Garcia said "sometimes the door would close properly and sometimes it wouldn't. There were many times where the door was functional."’

Shortly after the incident, Garcia says the door was fixed and the district increased safety officer presence.

Still, mom Amy Vangeem says the district could do even more.

"Possibly someone somehow, a better entry system. Maybe somebody posted at the door," she said. "I know that’s extra employees, but you have to do what you have to do."

Garcia says FWISD works closely with downtown police and informed them of the situation.

The school does have a school resource officer, but the district is in the process of hiring a new campus monitor as well.