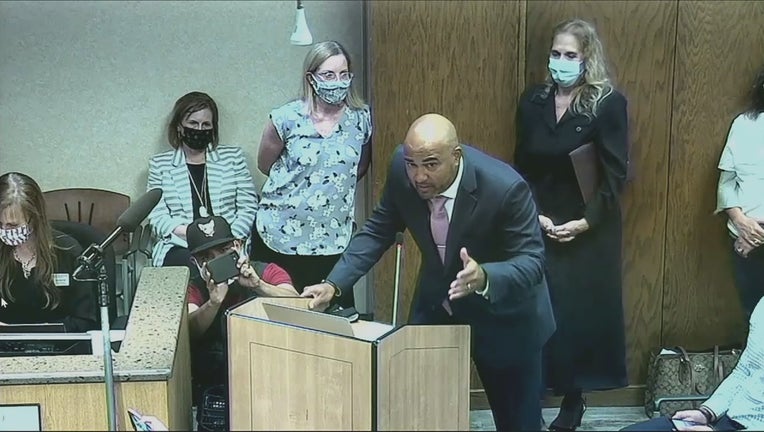 COLLEYVILLE, Texas - A former North Texas high school principal who claims racism cost him his job is running for the Texas Board of Education.

The seat he is seeking is in a heavily Republican area that represents parts of Tarrant, Parker and Dallas counties.

The black educator said he left the Grapevine-Colleyville Independent School District last month in an uproar over whether he was promoting the controversial critical race theory.

The school district said that had nothing to do with Whitfield’s departure.

Grapevine-Colleyville ISD put Whitfield on leave months before he resigned citing insubordination, communication problems with colleagues and other factors.

Whitfield alleged it was backlash from some parents and community members after he wrote a letter to parents about racial issues in the wake of George Floyd’s murder.

He is the second Democrat running for the state board of education along with three Republicans including the current board member.