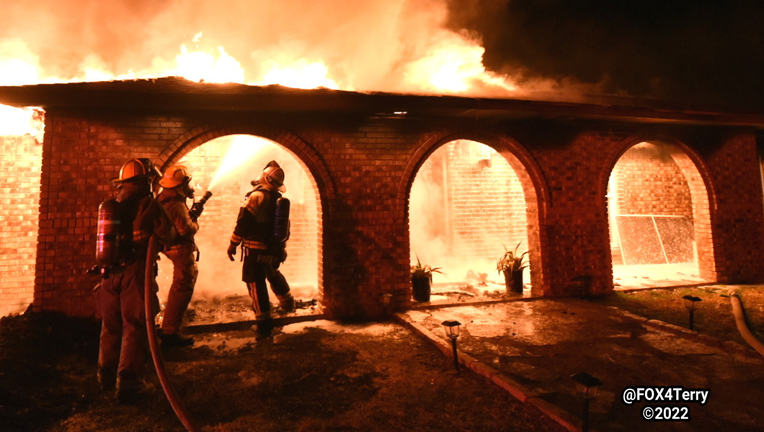 Fire officials said the flames were so intense that firefighters had to fight it from the outside.

They were also miles from the nearest fire hydrant, so water had to be brought in using tanker trucks.

There are no reports of anyone being hurt.